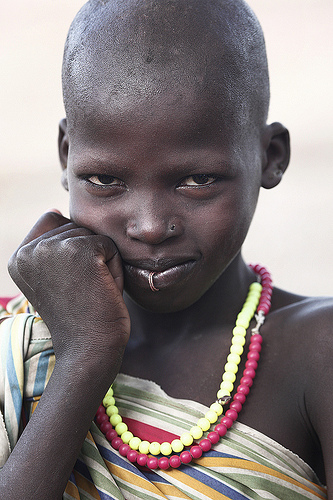 In one of my favorite songs by Afrobeat progenitor Fela Kuti, he exclaims:

If you call am woman

She go say I be Lady o

Fela is recounting the age-old resistance by African women to their circumscribed roles in traditional societies. This resistance is an often ignored, but very essential, chapter in African women’s “herstory.”

In Sudan, resistance to patriarchy, tradition and narrowly defined gender roles was expressed through a genre of urban fusion music called aghani al-banat, translated to mean “girls’ music.” This musical tradition created a space for Sudanese women to express their own narrative and to ostensibly redefine their roles. No longer would they sit back and be objectified. Instead, aghani al-banat allowed women to assert themselves through song.

Today, singers such as Alsarah are keeping the tradition of aghani al-banat alive by reinterpreting traditional girls’ music through a decidedly more funky and contemporary voice. This charming animated video of her song “A Crocodile Story” calls into question color politics as well as domestic abuse.

Reprinted with permission from The Feminist Wire

Photo of girl in South Sudan from Flickr user babasteve under Creative Commons 2.0.