Does Your Police Department Have a Rape Protocol? Mine Didn't. - Ms. Magazine
Skip to content 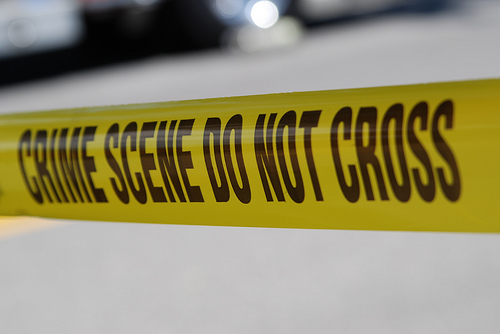 This story is about being inspired to take local action: what incited me, what I did about it and how you can follow suit.

On Monday, my local paper of record, The Plain Dealer (Cleveland), ran a hard news article reporting that nearly four out of five of my Ohio county’s 59 municipalities lack specific policies on how to handle sexual assaults. A total of 78 percent of the police departments in the region surrounding Cleveland–population 1.4 million–do not have written protocols for processing this category of crimes. Several police higher-ups told the paper that there was no need to treat rape differently than other crimes.

But sex crimes aren’t bicycle thefts. With 60 percent or more of rapes going unreported and frequent tales of police dismissing or belittling complaints, rape victims need to know that they can trust police. Protocols [PDF] give police detailed instructions in how to take a non-judgmental approach, properly collect DNA and assist victims in obtaining medical assistance and counseling.

Three days after the first story, my paper published an editorial urging all of the County’s police departments to create and implement policies for processing sexual assaults.

When I read these two pieces, it was not only as a woman, a mother of three children under 18 (two boys and a girl) and a resident of one of the cities in Cuyahoga County, but also as a city council member.

Within an hour of reading the editorial, I emailed my mayor, our City’s police chief and our law director to ask what policies, if any, we have in place. I urged that such protocols be instituted if they are not already. Yes, we are a city of less than 6,000 residents; yes, we have a historically and enviably low crime rate and extremely few sex crimes (though some domestic violence cases); but none of those circumstances would excuse the absence of these policies.

In addition, I posted a link to the editorial to Facebook to share with my networks around the country. My hope is that more local elected officials–and citizens–everywhere will inquire with their police chiefs about whether they have protocols and institute them where they are lacking.

But wait–there’s more, and it’s good: The Cuyahoga County Executive, Ed FitzGerald, has issued an announcement: In December, a summit will be held with the municipalities’ police chiefs. The goal? To develop model rules and “adopt a common policy for responding to sex crimes.”

So the media can be a vital part of an entire system of public accountability. But for that mechanism to work for women, we need to have women in every piece of it. Women editors can spur more such stories; then progressive women in local elected office can show them to colleagues and police chiefs (as I did), triggering the entire food chain of responsibility.

While I am unhappy knowing that I could have inquired a long time ago about whether my city had in place a protocol for sexual assaults, I’m grateful that the newspaper’s coverage has prodded me to act.

So now I am going to do the same to you! Ask your local officials if they have a protocol for rapes. Here’s a guide:

Please, when you read local media coverage such as this, don’t just sigh or get angry. Go to your keyboard or phone and make the most of what you have come to realize needs action: pursue the chain of responsibility. That is how we are made to be accountable–from within the government system itself, as well as from outside it.