Confession, Not Prosecution, For Bishop Who Let Alleged Abusive Priest Off the Hook - Ms. Magazine
Skip to content 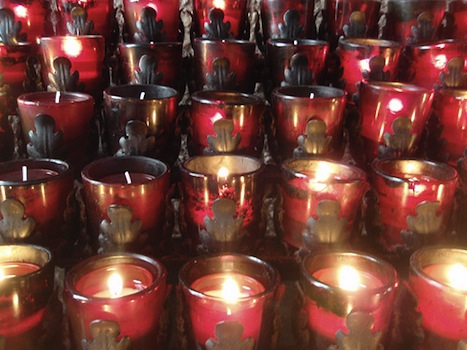 Ms. Blog readers will recall the recent indictment of Bishop Robert Finn of the Kansas City (Mo.)-St. Joseph’s Catholic diocese, making him the most superior member of the Roman Catholic Church in the U.S. to be charged with a crime related to abuse by priests. The misdemeanor charge against Finn is that he failed to report that a priest under his jurisdiction, Shawn Ratigan, had pornographic pictures of young girls on his computer.

But that news has now been followed by this: Bishop Finn has made a pact with the prosecuting attorney of Clay County, Mo., Daniel White, in an effort to avoid prosecution on the misdemeanor or face further charges.

The New York Times reported that, for the next five years, Bishop Finn will meet on a monthly basis with a county prosecutor to report all and any suspicious activity regarding priests and sexual abuse. Terms of the contract state that if the bishop breaks the contract of this diversion program, the misdemeanor charges could be imposed.

Finn was first indicted in Jackson County, next door to Clay, but grand juries in both counties were looking at the case because Ratigan allegedly took sexually explicit photographs of girls in both areas. Finn will not be charged in Jackson County now because of the Clay County deal. As part of the agreement, Finn will also help educate parishioners on procedures for reporting suspicious priests and introduce them to church leaders responsible for child safety.

Deal-maker White claimed that the agreement would build accountability and make children safer, adding that the grand jury investigation had shown “good people were having difficulty making good choices.”

Whether he’s a good person or not, Finn does not have a good track record for keeping his word about protecting parishioners from abusive priests, as The New York Times pointed out:

This is not the first time the diocese agreed to extra safeguards intended to ensure that allegations of abuse did not go unreported. Some of those, which were put in place as part of a settlement with abuse victims in 2008, were ignored in the case of Father Ratigan.

And news of the deal certainly did not soothe those who have first-hand experience of priest abuse. Peter Isley, a board member of SNAP (Survivors Network of Those Abused by Priests), told the Kansas City Star:

Finn has now done here what bishops have almost always done—make any promises, payment or plea deal to avoid having to face tough questions in open court about their disgraceful and irresponsible deception. Catholics, citizens and children need and deserve the truth. The truth surfaces in court. That’s what bishops work overtime to avoid. And that’s what Finn has achieved here—he’s taken the cheap, easy, convenient way out, avoiding real scrutiny and concealing damaging misdeeds.

Doesn’t this deal sound a lot like Catholic confession reversed, with the priest confessing to the prosecutor in order to receive absolution? Does it really serve justice and keep children safer? Tell us what you think.

Abortion Media Coverage Is “Deeply, and Problematically, Politicized” Says Study
Sister, They Are Killing Us: A Black Feminist Response to State and Sexual Violence
Afghan Women Ask Global Women Leaders to Stand by Their Side