Behind the Koala Mask - Ms. Magazine
Skip to content 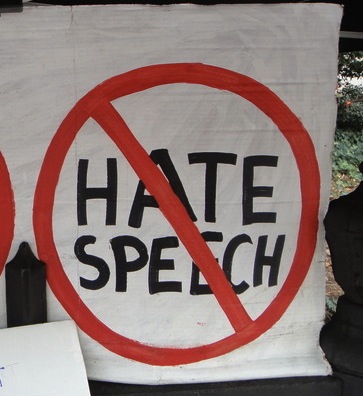 The California Faculty Association, one of the biggest and most powerful faculty unions in the nation, recently passed a resolution [PDF] to condemn the aggressive distribution and hate speech in The Koala, a hate-filled tabloid that’s been distributed on three California State University campuses. This, combined with the recently filed Title IX lawsuit demanding that administrators at Cal State San Marcos take action to remedy the hostile environment created by the hate tabloid, will hopefully result in the realization that condoning “rape jokes”–whether on Facebook or at university campuses–is tantamount to promoting violence against women.

With an innocent animal for a title, no wonder people have a hard time imagining the misogyny and hatred that lies within The Koala’s pages. Is the same true of its writers? Do they seem like “nice guys”? In short, yes. I know, because I was friends with a “Koalan,” the term used on my campus for the creators of the hate tabloid.

“Jared” and I met in a literature class last year. We quickly established we had three things in common: 1) a passion for reading and writing, 2) a genuine love of learning 3) being (almost) shameless know-it-alls. A friendship was born. Jared and I had fun together, competing over providing answers and outrageous-yet-relevant commentary in class and, outside class, giving each other advice on stories and poems in a creative writing workshop.

So when I climbed the many stairs at Cal State San Marcos one day, my heart sank to see Jared standing at the top of them holding a stack of hot-off-the-presses Koala magazines. Though I was tempted to ask “Et tu, Bruté?”, I walked by without saying anything. I only saw Jared once afterward, when he came to the writing workshop to recruit Koala authors. I wondered why this clearly intelligent young man, this gifted writer, was wasting his talents and risking his future by scribbling vitriol.

I didn’t ask Jared because I feared I already knew why he (and others like him) write for The Koala. They have a rationale similar to that of my mother’s fourth-grade students who act out in class—they’re desperate for attention, any attention, no matter whether good or bad. I was alarmed when other students began speaking out against The Koala, though I loathed it as much as they. Don’t you see? This is exactly what they want!

But I didn’t know the Koalans would go even further. They moved from lampooning different races and genders to targeting individuals. This evolution (degeneration?) was due to another factor besides a desire for notoriety: because they could.

The writers of The Koala, despite their atrocious spelling/grammar and sophomoric “humor,” are savvy about where the line of the law is drawn. Though they’ve published pornographic pictures of students and suggested someone commit suicide [PDF], laws state that an individual must be targeted more than once before a harassment suit can be filed. The Koala authors make sure to attack a person only once, then move on to fresh prey.

The university policy against hate crime states, “… speech that threatens harm to a specific person or group may constitute a crime.” So saying a lockdown is an excuse “to rape my TA” [PDF] doesn’t qualify, because The Koala doesn’t mention a specific person. And “Dilcie, go jump off the parking structure” doesn’t either, because Koala authors don’t threaten to push her themselves. I’m pretty sure The Koala’s authors have read this policy; it’s in our school planners.

While at first I opted for a “Don’t feed the koalas” strategy, and figured that not giving the privileged heterosexual white males the attention they were seeking was best, I now feel differently. As a writer who loves free speech, I’m hesitant to say that I don’t want The Koala on my campus. But, as this article points out, laws and policies against hateful speech don’t eliminate the right to free speech. They simply don’t allow butchering reputations and slaughtering a safe environment.

Under Professor Natalie Wilson’s guidance, my Women’s Studies class and I decided that one way to combat the hateful attitudes of The Koala was to start our own publication. WTF! We’re the Future promotes a feminist outlook, raising awareness of social justice issues.

If “Jared” ever reads this, I hope he might rethink his choice to write for a hateful tabloid such as  The Koala and instead consider using his talents to better the world, not promote more hate. There is a better person behind that koala mask, I know it. Too many young males hide behind similar misogynistic masks, or what Jackson Katz calls the “tough guise,” and I can see why. It gets them attention. It gets them laughs.

Society doesn’t have to remain silent about this issue. Calling attention to the hate and misogyny in The Koala doesn’t equal condemning free speech. We need to reinforce this belief by educating others about the impact of hate speech and supporting social justice publications such as Ms. and WTF! We’re the Future. Please consider signing this Change.org petition, which calls for Cal State San Marcos administrators to ensure a campus environment where those who speak against The Koala are protected. Hopefully, informing others about the harm to humanity from misogyny, racism, homophobia and pedophilia will stop people like Jared from supporting it.