Black Women, Tyrese Wants To Save You From Your Terrible Independence - Ms. Magazine
Skip to content 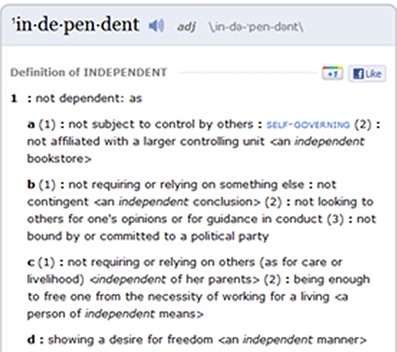 For the past few weeks, as part of my project exploring black women, relationships and marriage, I’ve been immersing myself in books, films, blog posts and other media on the subject. Last week I read Act Like A Lady, Think Like A Man and am still trying to wash off the film and stink of patriarchy. I told my husband over the weekend that I am unbelievably proud of black women. As a group we are able to hold our heads high in the face of the relentless narrative that there is something wrong with us that needs to be fixed; that, for us, admirable qualities like independence, only make us more unlovable–a narrative not only championed by the mainstream, but, too often, by members of our own communities.

So, singer, actor and (God help us) author Tyrese decided to drop a little wisdom on the black lady folk during a recent interview with NecoleBitchie.com. He warns us about being “too independent”:

There is nothing about the descriptor “independent” that is negative on its face, at least not based on Merriam-Webster’s definition above. My parents taught me to be independent. When I became old enough to drive, my father taught me how to check my tire pressure and oil and how to change a tire. I keep my AAA membership payed up, but I know if roadside service can’t get to me, I can take care of myself. To be independent is to be free. Because I can handle an auto emergency, I’ve felt free to crisscross the country on road journeys points southwest to northeast.

What could be wrong with being free? Nothing, unless, of course, you believe that it is not advantageous for women to be “not subject to control by others” or “not requiring or relying on others (as for care or livelihood).” Would Tyrese caution men this way? Would he warn them against not needing women?

Sexism lies at the root of the actor’s monologue. In the regressive language of modern black relationship advice, it is not enough for a black woman to want a man deeply, with all her heart and soul. Male egos must always be fed with the idea that women are unfulfilled and incapable of living without a man. We must avoid being uneducated free-loaders, sayeth Tyrese, while being sure to remain needy and helpless enough to be attractive to men like him.

Tyrese’s “helpful” advice carries the condescension and arrogance typical of mansplaining, plus a dash of amorphous homophobia. What was that weird sidebar about homosexuality? No doubt, some ill-spoken repetition of the idea that gay black men harm black women’s marriage chances with their gayness. Silly.

But here’s another thing Tyrese’s advice is: racist. It is specifically black women who are singled out for some of the most dehumanizing and denigrating messages about their lovability and marriageability. Indeed, Tyrese directs his comment “especially” to black women. Our culture remains in a place where it is acceptable to assume black women, apart from other women, are intrinsically wrong and in need of correction. It is not just mainstream sources like ABC News that serve up “What’s wrong with black women?” programming. Black men like Steve Harvey, Tyrese and Jimi Izrael are getting in on the action. And no one blinks an eye.

Can you imagine comedian Jeff Foxworthy holding on to his largely white audience after penning a book and taking to the airwaves telling white women how their faults are keeping them single? Would Josh Duhamel, who appeared with Tyrese in Transformers, be getting many calls in Hollywood after, apropos of nothing, derailing an interview to to talk about how white women are too damned self-sufficient for their own good? Could Ira Glass say:

[White] women’s unrealistic standards are probably born of bedtime stories about handsome, rich men on majestic horses delivering damsels in distress. Girlfriends often tell similar apocryphal tales about the friend of a friend who nabbed a rich, hung sugar-daddy who saved them from a life of dishpan hands and lower-middle-class drudgery. Through the influence of popular media and the misguided advice they give each other, sisters combine these images and presumptions to draw a composite of a perfect [white] man.

…and keep his job at NPR? His coworker Jimi Izrael wrote that and more about black women, and he is not only featured on National Public Radio, but was excerpted on The Root, where he once penned a column.

Sexism is real for all women. But the combination of femaleness and blackness is particularly devalued, sadly, too often among even black men. Tyrese reveals his expectation that women must bend to meet male needs. I don’t see in the above video a man who values black women and loves them. I see a man concerned that black women might be too capable, too free. Independent women have options and demands, as men do. Independent women are choosy, as men are. A strong man has no problem meeting partners on an equal playing field, but a weak man needs a weaker partner to feel strong. Any man preaching against independence for women unwittingly lays himself bare.

Reprinted with permission from What Tami Said.