How Will Women Fare in Morocco's Pivotal Election? - Ms. Magazine
Skip to content 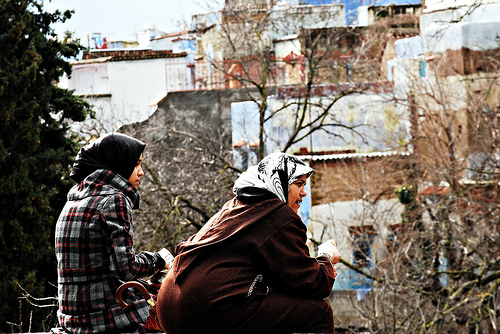 In Morocco’s closely watched legislative elections today, polls have closed and votes are being counted. The results will prove a critical test of the new constitution, passed in July, which promised women more legislative capacity and more policymaking access.

The July constitution sprung out of renewed demands for democratic change from Moroccan women and men empowered by the Arab Spring. In addition to equal civil and political rights for women, already recognized by the 1996 constitution, the new constitution recognizes women’s equal economic, social, cultural and environmental rights. It also urges the creation of women’s rights organizations to institutionalize lasting change.

The task of officials elected today will be to decide what the constitution means. Maura Ewing of Women’s eNews explains:

Judges’ decisions in Morocco are driven more by laws than constitutional rights.  That means the next parliament has the chance, through legislation, to decide the real reach of constitutional reforms approved by a landslide popular vote in July.

Today, 30 parties are competing for 395 parliamentary seats, 60 of which are reserved for women and 30 for younger candidates, who promise a breath of change in Morocco’s long-stagnant political establishment. Of the candidates competing for the non-reserved seats, 36 percent are under age 45; 36 percent are between ages 45 and 55; and 28 percent are older than 55. Fifty-seven, or 3.75 percent, are women, all with some level of higher education.

Women have long been frustrated with and weary of a government driven by a self-serving political class. The new constitution has renewed their hope. Today’s elections are a crucial test of the recent reforms and their power to trigger change on the ground, where it really matters. Today is also the International Day for the Elimination of Violence against Women: May the coincidence bring Moroccan women luck!

Fatima Sadiqi is a former Fulbright Scholar and recipient of a Harvard Fellowship. She is Professor of Linguistics and Gender Studies, author of, among other works, Women, Gender, and Language in Morocco (Brill, 2003) and co-editor of Women Writing Africa. The Northern Region (The Feminist Press, 2009), Women in the Middle East and North Africa. Agents of Change, and Gender and Violence in the Middle East (Routledge 2010 and 2011). She founded the first Moroccan Centre for Studies and Research on Women in 1998 and the first graduate program on Gender Studies in 2000 at the university of Fez. In 2006, she founded Isis Centre for Women and development (with the aim of bridging the gap between the university and civil society) and in 2009 she was elected President of the National Union of Women’s Associations. In the same year, she co-founded the International Institute for Languages and Cultures (INLAC). Fatima Sadiqi was appointed by Kufi Anan as a member of the UN Council for Development Policy (E.C.O.S.S.O.C.), and was appointed by the king of Morocco as a member of the Administrative Board of the Royal Institute of Amazigh Culture (IRCAM). From 2007 to 2009, Fatima Sadiqi served as Director General of the Fes Festival of Sacred Music.