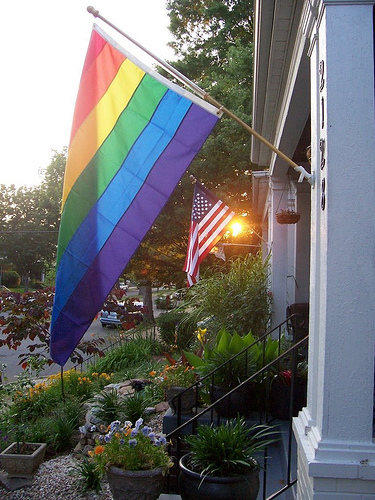 I didn’t know Tayshana Murphy was gay. I’m from Harlem, and I like to think I’m tapped into important conversations among New York’s LGBTQ people of color communities. I learned of 18-year-old Murphy’s murder early on September 11th of this year—heard about it, in fact, from an auntie of mine before I heard it on the news. Both framed it as a modern-day Sophoclean tragedy, in which someone else’s vice brought on the fall of a rising star. Murphy, a promising athlete, was shot to death by three young men in a stairwell in the Grant housing projects in Harlem, or, as some like to say, “Morningside Heights.” Many news sources reported that she was mistakenly implicated in a dispute between Grant residents and a group of young men from the nearby Manhattanville projects. The news, like my auntie, reported Murphy’s name and that she was a star basketball player. They said that she ranked 16th in the nation, that she was singing and dancing just before her murder, and that she did well in school. They never said she was gay.

But then, three weeks after her murder, the Manhattan district attorney identified violent, homophobic comments and drawings about Murphy on the wall of the stairwell where she was killed. The D.A.’s indictment press release doesn’t mention the homophobic comments or the possibility that anti-gay hate played a role in the crime. Even the New York Times article on the Grant-Manhattanville feud, which quotes another 18-year-old woman as Murphy’s “girlfriend” leaves the issue of homophobic hate silent, focusing instead on Murphy’s foreshortened basketball career. One exuberantly homophobic blog even goes so far as to say that the love of basketball turned Murphy gay. The message of all these sources is clear: Murphy wasn’t really a black lesbian; she was an athlete. And her loss should be mourned accordingly.

Murphy’s story begs a set of questions that have needed answers for a while now. What are the relationships between athlete culture and LGBTQ identity for youth of color in 2011? Why does the principle of the open secret persist for youth athletes, even as institutional structures like Don’t Ask, Don’t Tell, long convicted in the court of public opinion, have finally fallen away? And what are the roles of race in all of this? We know white men’s lives and deaths get wildly disproportionate media coverage, but what happens when responsible journalism means frank discussions of sexuality, outness, and homophobic violence? If Murphy had been white or male, would we know more of her story? And would more people know about her in general? The homophobic hate scrawl, deemed too derogatory to be repeated in public media, was found at the scene of Murphy’s murder well over a month ago, and still this story is conspicuously absent not only from news sources, but also from Facebook and all the other social forums many depend on to know what’s going on in the world. Even as we gather to Occupy economic hegemony across the hemisphere; even as we demand responsible criminalization of sexual violence and harassment through SlutWalk and take to task figures such as Herman Cain and the Penn State coaches; even as, just a year ago, we videoed, Tweeted, lit candles and cried to remind LGBT youth—and perhaps to convince ourselves—that epistemic, psychic and physical homophobic and misogynist violence somehow ‘Gets Better,’ at least for some; even with all that, still this black woman’s death and life are absent from the conversation. And that’s a problem, regardless of how Murphy identified.

I didn’t know Tayshana Murphy was gay, but many folks still don’t know a thing about her—that she was killed, who she was, that she had ever lived.

Reprinted with permission from The Feminist Wire.

Mecca Jamilah Sullivan is from Harlem, New York. Her fiction and reviews have appeared internationally in publications including Callaloo, American Fiction, Best New Writing, Crab Orchard Review, Bloom, Lumina, Amistad, The Minnesota Review, Baobab: South African Journal of New Writing, American Visions, GLQ and The Feminist Wire, where she writes as an Editorial Collective member. She is the recipient of fellowships and honors from the Bread Loaf Writers’ Conference, the Yaddo Colony, the Hedgebrook Writers’ Retreat, the New York State Summer Writers’ Institute, and a 2011 Center for Fiction Emerging Writer Fellowship. She is the Williams College Gaius Charles Bolin Fellow in Women’s, Gender, and Sexuality Studies and a Ph.D. candidate in English Literature at the University of Pennsylvania, completing her dissertation on identity and poetics in contemporary women’s literature of the African Diaspora. Her short story collection, Blue Talk and Love, is forthcoming from Flipped-eye/Lubin & Kleyner in 2012.