Just When You Thought it Was Safe To Be a Woman in Ohio... - Ms. Magazine
Skip to content 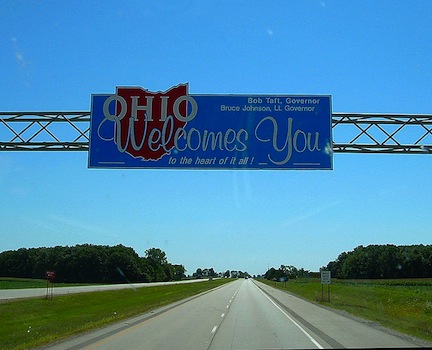 After languishing for nearly five months, a “fetal heartbeat” bill that passed the Ohio House in June has reared its ugly head and been referred to a Senate committee. Though Senate president Tom Niehaus says more closed-door meetings will come first, the Health, Human Services and Aging Committee will begin deliberations on the measure soon. The bill will then move to a vote in the Senate, where Republicans have a 23-10 majority.

As previously reported by Ms., the measure would outlaw abortion after a fetal heartbeat can be detected, often as early as six weeks into the pregnancy. At that point, many women don’t even know they are pregnant. The bill contains no exceptions for rape or incest. But as Kellie Copeland, executive director of NARAL Pro-Choice Ohio, pointed out:

It’s not going to end abortions, it’s going to make them illegal and dangerous.

It takes a lot to make Ohio Right to Life, which opposes the bill on the grounds that it won’t stand up in court, look reasonable, but fellow anti-abortion group Ohio Pro Life Action is on the job. The bill’s new life comes after an ad campaign the group began running on Fox News claiming that “every single day the Senate delays a vote on the heartbeat bill, a school bus full of children’s lives are lost.”

Sigh. You know, we covered this in Mississippi, but I guess Ohio Pro Life Action wasn’t paying attention when the people concluded that 6-week-old embryos are not in fact children. Presumably focus groups did not find “Save the Eggs” to be very persuasive.

It does make one wonder, though–how many embryos does it take to fill up a school bus?