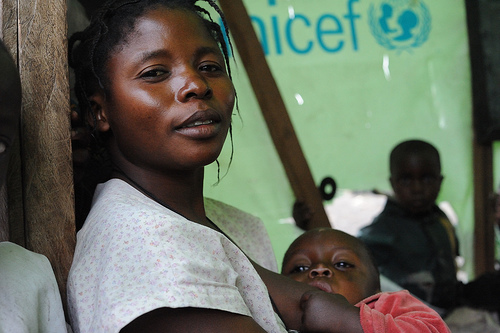 Just as violence flares again in the Democratic Republic of Congo–where women and girls have borne the brunt of decades of conflict–the U.S. State Department has announced the appointment of a new representative to the region. But what sounds like a renewed U.S. commitment to Congo is getting mixed reviews from activists and advocates.

The appointment of Ambassador Barrie Walkley as special advisor to Africa’s Great Lakes region, which includes the Congo, comes after more than a year of pressure from NGOs, activist groups and 51 members of Congress requesting a special envoy under Secretary of State Hillary Clinton to coordinate the scattershot U.S. policy toward the region. At the top of advocates’ list of concerns were the mass atrocities being committed in the Congo—known among United Nations officials as the rape capital of the world.

Many Congo-watchers are privately calling the appointment of a lower-level ambassador, rather than a special envoy, an empty gesture. In this role, Walkley likely won’t have the influence or authority of a special envoy, nor does he bring any special Congo expertise to the table. Insiders also say that relegating the new appointment to the authority of a regional bureau chief betrays a lack of real ambition in U.S. policy toward the Congo. The State Department’s official press release suggested that Walkley would be working closely with both Secretary Clinton and Assistant Secretary Johnnie Carson, but failed to clarify to whom exactly he will report. The general sentiment in advocacy circles is that little change can be expected from U.S. policy toward the Congo without strong action from Secretary Clinton herself.

Meanwhile, mounting tensions over elections in the Congo reached a boiling point on Friday, when violence broke out after preliminary results confirmed incumbent President Joseph Kabila as the winner of the country’s second-ever democratic election. The elections have been condemned as fraud-ridden by some international observers. Congolese opposition groups have called for peaceful mass protests, which some believe could spark a “Congolese Spring” pro-democracy uprising in 2012. But the notorious brutality of Congolese security forces has many worried that the country’s stability—and civilian safety—now rest on a knife’s edge.

“If the present electoral crisis is not resolved, it will likely lead to violence, disorder, and potentially the breakout of revolts in various parts of the country,” says Eastern Congo Initiative fellow Anthony Gambino, who was the Congo mission director for the United States Agency for International Development (USAID) from 2001-2004. He continues:

In an area where there’s conflict, you can’t move in with programs to try to protect women. ‘Conflict’ here does not mean men fighting men in battles. In the Congo, it has meant and continues to mean armed men and boys going into villages and terrorizing unarmed civilians—girls, boys, men and women—killing them, raping them, and just doing unspeakable things. If we don’t find a way out of this crisis, we’re heading back in that direction.

The political developments in Congo are bad news for the country’s women in multiple ways. Women have historically suffered the greatest consequences during periods of bloodshed and instability. In addition, Kabila’s administration has never seriously addressed the country’s staggering rape epidemic and may actually be fueling it. In 2008, he announced a zero-tolerance policy for gender-based violence, but that policy has led to few prosecutions. Meanwhile, a woman is still reportedly raped nearly every minute in the Congo. Both rebel and national forces perpetrate the mass rapes.

Lisa Shannon, a Congo activist and author of the book A Thousand Sisters, worked with a number of advocacy groups to urge the State Department to appoint a special envoy to Africa’s Great Lakes region. Shannon says,

The U.S. spends about a billion dollars a year on the Democratic Republic of Congo. Yet our support remains uncoordinated at best, and at worst reinforces existing power-holders that actively work against the security of Congolese women. Grassroots advocates pushed hard for a special envoy who would report directly to Secretary Clinton. While we appreciate the State Department’s renewed attention to Congo through Special Representative Walkley and welcome him, the only true measure of progress will be a coordinated, cohesive, comprehensive U.S. policy, a plan that addresses the roots of violence in Congo rather than the symptoms, one that translates to real-life security for Congolese families.