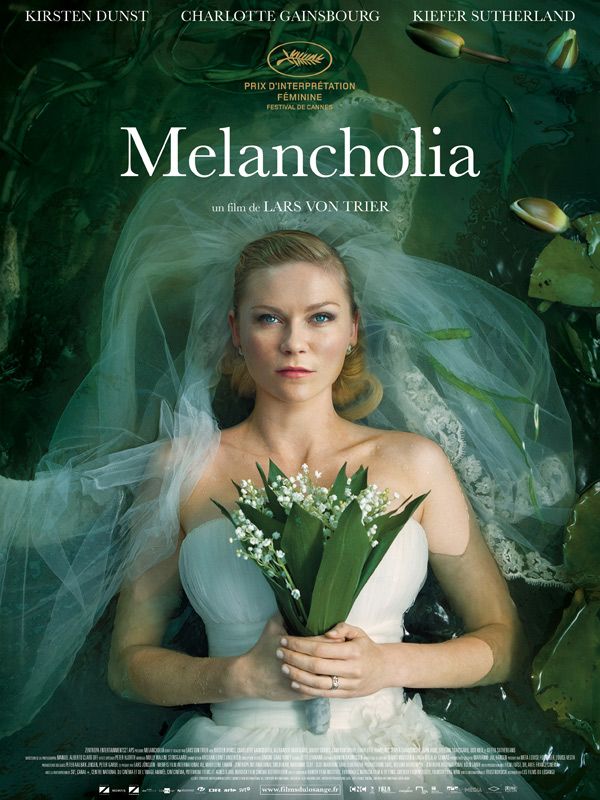 From Independence Day to Armageddon to 2012 to Legion, movies have certainly mastered the art of fetishizing the end of the world in glorious special-effects fashion. However, 2011 marks a turning point in which we can now view such destructive spectacles not just in Hollywood blockbusters but in art-house and indie-film fare.

Terrence Malick’s visually exquisite The Tree of Life—depicting both the creation and destruction of the world– is already topping many critics’ lists for best film of the year, and it joins such illustrious films as Lars von Triers’ nihilistic Melancholia and Jeff Nichols’ paranoid psychodrama Take Shelter. All retell stories of the Apocalypse through psychic, metaphysical and emotional landscapes instead of through the usual shock-and-awe big-screen explosions. No nuclear clouds or buildings collapsing here; instead, we witness the sheer loneliness of humanity when it’s up against a mysterious, jaw-droppingly immense and indifferent universe.  Somewhere in these imaginings, I gather, is a real fear–not so much of death, but of the loss of meaning and value.

While I could meditate on the visual metaphors and breathtaking beauty of nature rendered in these three films, what really strikes me about these end-time dramas is less the destruction of our planet and more the end of our worldview and the way in which our relationships function. These films seem most anxious about the failure of patriarchy and, thereby, the end of its influence on the way we do marriage, family, community and society.

How much of this anxiety is the artistic manifestation of the impending doom felt around the world, from the global economic crisis to a black president in the White House (Armageddon to some!) to the Arab Spring to Occupy Wall Street to strange weather to various natural disasters? For those of us who view time as a linear narrative, there seems to be a forward march to the precipice.  But what exactly are we envisioning as “the end”?  The end to what?

Malick’s celebrated yet divisive film offers a clue. In many ways, The Tree of Life is an ode, or requiem, for a lost brother who committed suicide. It begins with an epitaph from Job 38:4–

Where were you when I laid the foundations of the earth?… When the morning stars sang together, and all the sons of God shouted for joy?

Malick invokes the almost divaesque, unsympathetic voice of God, who just can’t be bothered with our human frailties and our limited questioning about what we deserve or don’t deserve.  After all, She–and from the many images of ethereal white womanhood set against the natural environment and the expansive universe, in which there is no visual distinction between womb and deep space, I suspect our filmmaker is more enamored with a westernized Goddess than with a Judeo-Christian God–is too busy keeping planets afloat and galaxies colliding and volcanoes erupting and rushing waters flowing onto the shores of Eternity.

This cosmic view then shapes the more humane story of Malick’s childhood memories of growing up with his brothers in 1950s’ Waco, Texas, and of the almost godlike view children hold of their parents before they fall from the Grace of the rigid order, rules and domination of the Father (played by Brad Pitt) and the soft, playful, pure and righteous virtue of the Mother (played by an almost Pre-Raphaelite-looking Jessica Chastain). While Malick eventually reveals the shortcomings and failings of the Father, his view of his ageless Mother remains enigmatic. Too bad he didn’t have a sister to make womanhood more human.

While Malick suggests that there is no answer to death, or even to the meaning of life, his final end-times resurrection scene–in which Sean Penn’s character reunites with his dead brother, mother, father and a host of other people who have brushed up against him in life–reminds us that our connections to each other and the memory of those connections is all we have. “Love. Hope. Wonder,” his Mother teaches him. “No one who loves the way of Grace will come to a bad end,” she also says (that’s what the nuns taught her). And thus we find the dilemma of either living life through “Nature” or through “Grace.” Yet the way Malick films nature, it’s never quite distinctive which is which. After all, he visually suggests, is there anything more “full of Grace” than the violent lava flow of a volcano or the inevitable hurling of a comet onto planet Earth, which destroys the dinosaurs?

Perhaps the real dance between grace and nature resides in a child’s worldview as he experiences the awe and wonder of the natural environment even as he glimpses moments of class and racial inequalities or witnesses male rage against women and children behind closed doors. Through these sights and sounds, he senses the unfairness of the social order of things.  Of course he later learns from the Father that power and domination matter more than justice. And yet, the Mother teaches him that compassion and love, not power and domination, must prevail. Are we witnessing God’s view or a child’s view of the failure of patriarchy? And is this failure inevitable in an apocalyptic tale?

Speaking of the inevitable, Lars von Trier’s Melancholia really hits home the banality and ineffectuality of patriarchy and our capitalist system. In an impressive portrayal as Justine, a depressed bride on her wedding day, Kirsten Dunst functions as a Cassandra-like prophet within a world of mundane elitism, soon to end with the impending collision between planet Melancholia and planet Earth. While von Trier fetishizes Dunst through even more Pre-Raphaelite allusions (think John Everett Millais’s “Ophelia”) and the more erotic rendering of her nude body lit by Melancholia’s light, it is to Dunst’s credit that she imbues her character Justine with a realism determined to shatter the romance of society and its impending doom. First is her disastrous wedding, planned meticulously by her fussy and overly anxious sister Claire (played to quiet hysteria by Charlotte Gainsbourg) and financed by her tight-fisted brother-in-law (Kiefer Sutherland). At every turn, Justine passive-aggressively resists the rituals of the day–wandering off more than once from the wedding reception, refusing her handsome bridegroom (played by a rather patient Alexander Skarsgard) on their wedding night and engaging in random sex with one of the wedding guests on the same grounds where she had earlier urinated in her lovely bridal gown.

Perhaps von Trier’s comment on these social niceties is less Book of Revelation and more Ecclesiastes (“Vanity of vanities.  All is vanity”), but while all others immediately panic with the oncoming planet, Justine fully embraces it with a calm and cool cynicism: “The earth is evil.  No one will miss it.” And so she goes about preparing for the end times by making a game of it with her young nephew. They build “magic sticks” as a pretense of building a “safe shelter.”

If one views the film like an optimist who believes in salvation, one can choose to interpret the end in this way: It’s all Claire’s fault. After all, it is Claire, who breaks the magic circle–they had joined hands and closed their eyes underneath the magic sticks as if to ward off the spell of the oncoming planet–as she loses her resolve and lets go of the hands of her sister and son to cover her ears from the sound of the approaching planet. One could argue, as did I, the perpetual optimist, that had Claire maintained enough faith as her young son they might have been spared.

Finally, Nichols’ Take Shelter certainly plays with the theme of “no shelter.” Michael Shannon magnificently portrays Curtis, a man plagued by recurring nightmares of an approaching storm. Like a Noah building an ark, much to the dismay of his neighbors he begins to build a storm shelter in the hopes of protecting his wife (played by the ubiquitous and capable Jessica Chastain) and his young hearing-impaired daughter.  The movie keeps us guessing if Curtis is indeed a prophet or a raving lunatic who needs to treat his oncoming schizophrenia (perhaps inherited from his mentally ill mother), as in a scene at a church social when he lets loose like a Jeremiah hurling curses and warnings to an unbelieving community. In the process, he loses his job, his friends, his benefits and almost his family.  However, a woman saves the day: His wife stands by her man, gets him the help he needs and still manages to help the family save enough money to go on vacation.

If The Tree of Life and Melancholia highlight the banalities of patriarchy and society, Take Shelter asks us to put our faith back into our intuition (usually associated with women), to accept our maternal gifts (even as they veer off from patriarchal rationality), to listen to our inner voices when all others call us crazy and, most of us all, to surround ourselves with love.

So, what are the “end times” about in these movies?  They seem to be telling us to stop worrying, stop fretting, stop residing in rational thinking and just embrace death and doom as eagerly as we embrace love. The Tree of Life reassures us that nothing ever ends on the “shore of Eternity,” Melancholia tells us to create our own magic and Take Shelter urges us to trust our dreams. Much like Xicana feminist Cherrie Moraga, whose play New Fire: To Put Things Right Again re-imagines the Mayan 2012 prophecy not through end-time destruction but through new beginnings, I tend to view the Apocalypse as the dismantling of one worldview and the beginning of a new one. Any film that dares to dismantle the way we organize family, community and society, and to rebuild with love as a foundation, is certainly sending a message that my feminist heart can embrace.