Perp Walk for the Pope? - Ms. Magazine
Skip to content 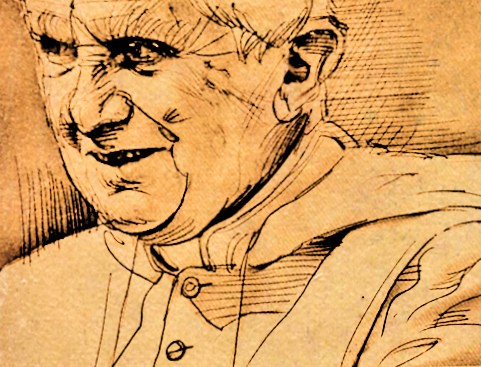 Barbara Blaine wants the pope to be accountable. In September, the indefatigable founder and president of the Survivor’s Network of those Abused by Priests (SNAP) teamed with a leading human rights organization in order to persuade the International Criminal Court (ICC) in The Hague to investigate the Vatican and Pope Benedict XVI for crimes against humanity.

SNAP and the Center for Constitutional Rights (CCR) say that the Vatican—the world’s smallest nation-state, geographically speaking—has for years used its enormous power to facilitate the systematic sexual abuse of children by clerics. On SNAP’s behalf, the CCR filed a detailed complaint with the ICC, along with thousands of pages of supporting documents.

Blaine, who founded SNAP in 1988, well before the church’s world-wide pedophilia epidemic was exposed, says that the battle to protect kids in the face of the Vatican’s long-standing intransigence led her to the ICC. Nearly a decade after the Boston Globe’s exposé on church predators set off chain reactions in dioceses across the world—and a decade after U.S. bishops supposedly adopted a “zero tolerance” policy for sex abuse—the crimes continue. Priests rape kids, bishops cover for them, and the Vatican still stands behind it all.

“We’ve tried everything we could think of, but nothing worked to stop the abuse. So we…are asking prosecutors of the ICC to investigate them,” Blaine says.

In addition to investigating the Vatican as an institution, SNAP asked the ICC to specifically investigate four top church officials, including the pope and Cardinal William Levada.

Formerly head of the dioceses in Portland, Ore., and San Francisco, Levada has been accused of protecting pedophile priests. Nonetheless, Pope Benedict in 2005 made him head of the Vatican’s Congregation for the Doctrine of the Faith (CDF), the powerful Vatican office that enforces doctrinal purity and, shockingly enough, oversees sex-abuse cases.

Before giving Levada this major promotion, Benedict himself headed the CDF. SNAP’s complaint alleges that, as head, then-Cardinal Ratzinger “continued to implement the long-standing policy of the church, which prioritized secrecy and concealment even at the risk of exposing others to harm.”

While the pope and the Vatican may not be perpetrating war crimes— the sort commonly prosecuted at The Hague—sexual violence can be judged a “crime against humanity” if it occurs in (or is committed by a citizen of) a nation that has ratified the ICC, according to Pam Spees, a CCR attorney. She says this case meets both standards, since the “crimes are occurring virtually everywhere the church has a presence.”

Spees admits that the church’s vast influence poses a significant political challenge to the court opening an investigation. And that’s unfortunate considering that the systematic abuse endures and children remain at risk, says Blaine. Just this year, for instance, a grand jury determined that the Archdiocese of Philadelphia still had 37 priests working despite credible abuse allegations against them. This happened long after another scathing grand jury report in 2005 that resulted in the defrocking of dozens of other Philadelphia priests.

Left alone, church leaders will not protect children first, laments Blaine. “They only change under external pressure, they never do it just because it’s the right thing to do.”

Excerpted from the Fall 2011 issue of Ms.

Bill Frogameni has written extensively about the Catholic Church for Ms. and other publications. He lives in South Florida.