It was said that during times of chaos, this female force came down to earth to put things right again. — Roadwoman, New Fire

Before there was intersectionality, there was Cherríe Moraga, playwright and co-editor (along with fellow icon Gloria Anzaldúa) of the feminist classic This Bridge Called My Back: Writings by Radical Women of Color. She recently told the Ms. Blog in a phone interview:

The kind of feminism I understood from the late ’70s … is that it’s all interlocking. Every form of oppression is connected. So I always have looked to those in the most marginalized communities … those on the bottom, to really understand what’s happening all the way through the system. And that’s usually poor and black and indigenous women: They’re the canaries in the mine shaft.

According to Moraga, whose play New Fire premieres at The Brava Theater in San Francisco on January 11, things are not looking great for the canaries:

I never thought I would see the day when Mexican immigrants–who are largely indigenous people and immigrants coming from Central America– would become the new slave class. And that people would actually be incarcerated for being brown. These are things that we thought we had fixed in the civil rights movement.

Growing concern for immigrant rights led Moraga and her primary collaborator on this production–the designer whom she credits as the central force behind the project, Celia Herrera Rodríguez–to travel the West, participating in and recording indigenous spiritual practices. New Fire, the play that grew out of those literal and metaphysical journeys, is a “ceremonial performance”–an intricate interweaving of documentary video and live performance, of fact and factual fiction, of real ceremony and the performance of myth.

The plot is simple: The central character, a native Chicana named Vero, honors her 52nd birthday–a coming-of-age year for women in the Mesoamerican tradition–with a one-night medicine ceremony in which she attempts to “get well,” to clear herself of the poisonous residue of violence done against her and reunite herself with her primordial past. (Can we take a second to thank Moraga for writing parts for 52-year-old women?)

The play as a whole is not so simple. By interspersing the healing ceremony with realistic flashbacks that provide insight into Vera’s personal past, as well as with video of traditional spiritual practices that are alive and well today, Moraga and Rodríguez have structurally connected the history and suffering of an individual to the history and suffering of her collective people.

While they were at it, they also reconnected the act of performance with its mythic origins:

Why are we artists? We’re artists because we believe on some level that change is … its own kind of spiritual practice. … And it’s a beautiful thing when a person realizes that they can hold that and they’re okay–that [they] can hold those pains for other people and become a conduit for these kinds of expression and they’ll be okay.

In New Fire, Moraga provides a conduit for a spiritual, feminist and environmentalist vision of the world. Though written to confront the literally earth-shattering consequences of the Mayan 2012, the play actually offers hope that in pursuing our spiritual drive for change, we can heal not only ourselves but also our world:

This is what we’re talking about–it’s not only a shift in consciousness but [also] the consciousness creates a sort of activism, where you really begin to believe that people that are not represented by the interests of the ruling classes really do have the power and the right to be able to create acts of solidarity with each other in order to improve … their local world, the intimate world from their family to their neighborhood [to] their nation and then internationally. 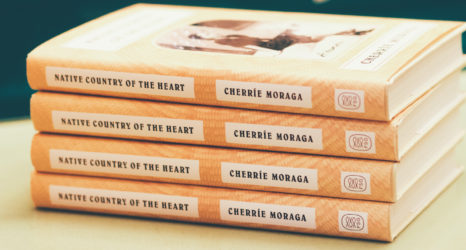 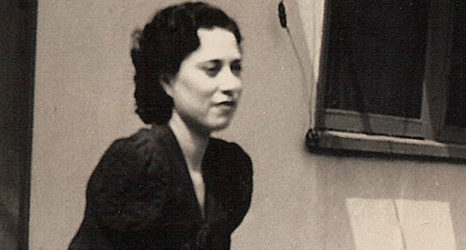