Poetry Will Occupy the Nation’s Capital in Honor of June Jordan - Ms. Magazine
Skip to content 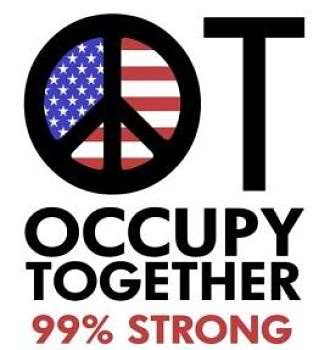 Split This Rock, a progressive literary festival, will convene March 22-25 to honor the tenth anniversary of poet-activist June Jordan’s death and rekindle the OWS movement in the nation’s capital.

The biannual literary festival has evolved from a decidedly local group of D.C.-based poet-activists (DC Poets Against the War) who spoke out against the double wars that began in the Bush administration. It has grown into a world-class literary festival that’s considered a leader in the progressive literary movement.

“With activists in the streets all over the world,” says Sarah Browning, director of Split This Rock, “what better time to remember our sister-in-the-struggle, the visionary, revolutionary poet June Jordan, who died too young–10 years ago.”

Imagine Woodstock, only more urbane and diverse, instead of music (though some poets would argue that their verse is in fact musical) there will be poems of provocation and witness being mouthed from one of the most diverse poetry offerings–anywhere. The festival is multicultural, openly political, queer-friendly, and situated in handpicked facilities that are wheelchair accessible.

The featured readers include some of the most distinguished poets of our time–Alice Walker, Sonia Sanchez and Naomi Shihab Nye, to name a few.

“I met June Jordan maybe 2-3 years before she died,” says Marilyn Nelson, former poet laureate of Connecticut, who’s among the featured poets. “Many poets find themselves called to speak up about contemporary issues, and there’s a tradition of poetry taking a stand on important issues. Many world poets in the 20th century have been people who had been committed to social change and a lot of them were imprisoned or otherwise punished for their activism.”

The festival borrows its namesake from one of Langston Hughes’ poems that evokes the spirit of social action and community, “Don’t you hear this hammer ring?/ I’m gonna split this rock/ And split it wide!/ When I split this rock/ Stand by my side.”

The programming includes dozens of workshops, panels, and numerous readings spread out over four days ranging from program events on poetry as activism to the future of the progressive movement to youth teen slam writing workshop. Numerous events will engage June Jordan’s life and work. Though there will be several readings sprinkled throughout the day, the evening readings are where you can catch the headliners.

Those who plan to make the trek to Washington for the festival are cautioned to bring comfortable shoes, as attendees will bring the noise and unrest to the stairs of the Supreme Court by waving placards that read “I am the 99 percent”–a gesture evoking solidarity with the international occupy movement.

June Jordan’s words sum up the work of this progressive literary organization, “To tell the truth is to become beautiful.”

For more information regarding registration for the conference click here.

Photo is from Wikimedia Commons under Creative Commons 3.0. 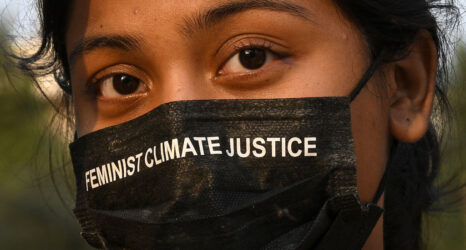 The Power of Mobilizing Women in the Climate Crisis