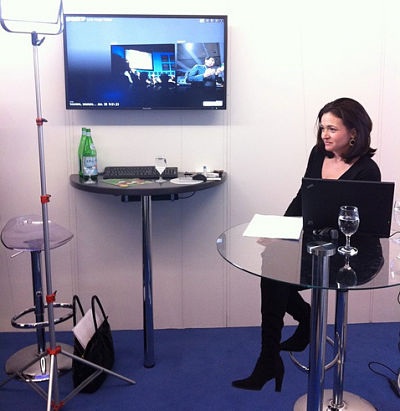 With much of the country still struggling to come out from under the recession, it’s always heartening to hear that some well-paying sectors are actively recruiting–especially when they’re actively recruiting women. The STEM sector (science, technology, engineering and math) seems to be one of the stubbornly impenetrable “old boys clubs,” but many tech companies have begun to recognize that bringing women and people of color more seamlessly into the fold is essential to the future of technological innovation.

Creating gender parity in the STEM fields should be a feminist priority for a number of reasons–narrowing the wage gap, creating new job opportunities for women and girls, encouraging fresh perspectives outside of the white male box–not to mention that, according to a recent report published by the American Association of University Women (AAUW) over 300 studies have shown that women are just as good at math and science as men as long as they’re not laboring under a “stereotype threat,” that tired assumption that girls can’t do math.

While women have been part of the technical landscape since its earliest days, the number of women graduating from computer science programs has actually fallen significantly in the past 20 years [PDF]. Luckily, recent research focuses on ways to recruit, retain and promote women in technology. A new study [PDF], co-authored by Caroline Simard, vice president of research and executive programs for the Anita Borg Institute for Women in Technology, gives tech organizations a primer on practices proven to help recruit women. Future studies by ABI will deal with retention and advancement.

Despite a drop-off in women grads in this field, there are amazing women who make up the backbone of today’s technological innovation. They’re featured in the most recent issue of Ms. (on newsstands now), in Laura Sydell’s cover story “Women of the Valley”: women such as Sheryl Sandberg (Facebook’s COO), Meg Whitman (former CEO of eBay and currently president and CEO of Hewlett Packard) and Sarah Allen (the software programmer whose team developed Flash). [Full disclosure: the article also includes a sidebar I wrote about the Anita Borg Institute.]

Here’s the take-away: Encouraging and supporting women in computer science and technology isn’t just about arbitrarily diversifying; rather, studies show that the more diverse your team, the more successful your project. Without women computer scientists and engineers, many of the technical innovations we think of as fundamental to our experience with computers and the internet wouldn’t even exist. So what does our technical future hold without them?

Part Thirteen in a Women’s History Month series celebrating organizations and ideas that represent the future of feminism.