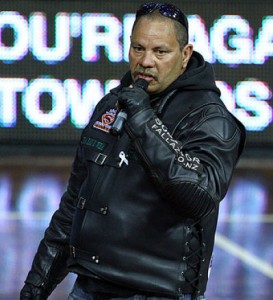 Every 12 seconds in the United States, a man abuses the woman he has promised to love. Every two minutes in the U.S., a man rapes a woman–usually a woman he knows.

But most men don’t rape; most of us don’t abuse. Yet we remain silent and consider these issues “women’s issues.”  As White Ribbon Campaign co-founder Michael Kaufman has said, “We stay home in droves on this issue.”

It’s long past time for that to change.

Many people I respect have written asking me to support the reauthorization of the Violence Against Women Act (VAWA). I have written to my senators, signed online petitions, posted on Facebook and urged my friends to do the same.

Much of the opposition to VAWA comes from so-called “men’s rights” or “father’s rights” groups. They frame the debate as “he-said-she-said”–women’s rights and protection on one side, men’s on another.

Turns out, that’s not the case. Groups funded by VAWA have supported male victims for years. I know: I’ve worked for many rape crisis centers and domestic violence programs. We always served anyone, regardless of gender.

I think most men actually support VAWA and its goals–which are to improve law enforcement and community support against domestic violence, dating violence, sexual assault and stalking. With VAWA reauthorization in jeopardy, it’s time for us to make that support public. Of course everyone should support VAWA, but here are particular reasons I think men should:

1. We men are sons, fathers, brothers and intimate partners of girls and women. One in three women will be victims of domestic abuse or sexual violence in their lifetime, with men as the primary perpetrators. Most men are close to at least three women, so statistically one of those women will be victimized by violence–and it’s our job to speak out against that violence. It’s our job to hold other men accountable for their violence and work towards a culture of peace and respect.

2. VAWA helps male victims. Since the law first passed in 1994, the number of individuals killed by an intimate partner has decreased by 34 percent for women–and 57 percent for men. All police departments, prosecutor’s offices and victim-service agencies funded by VAWA serve victims of all genders–even if the agency in question has the word “women” in its name.

3. Men perpetrate most of the violence against women. Sexual violence, strangulation, murder, stalking, domestic violence–all  are predominantly crimes by men against women. Certainly these crimes affect children and men, as well as the LGBTQ community, but if our (male) gender holds prime responsibility, we should be more active in supporting initiatives such as VAWA to end the violence.

Guys, now that you know why, here’s how you can help support reauthorization of this vital legislation:

1. Find out more about VAWA from groups such as the National Task Force to End Sexual and Domestic Violence Against Women, and support the good work these groups do for women, children and men.

2. Talk with women and men at your local domestic violence program and rape crisis center. Learn more about how violence affects your community. Support local initiatives with your time and money.

3. Call your senators and representatives and ask them to support VAWA reauthorization. Tell them why this is important to you as a man. Ask other men to do the same.

4. Sign online petitions supporting VAWA reauthorization, including the Change.org petition 10,000 Men Supporting VAWA. Anyone is welcome to sign, but encourage the men in your life to be signers. Help to get at least 10,000 men affirming that this isn’t just a “women’s issue.”

I am certainly not the first person to ask for men to support VAWA, nor will I be the last.  I’ve learned everything I know about these issues from women, and from men who have learned from women. I have followed and supported national organizations such as the National Coalition Against Domestic Violence, the National Network to End Domestic Violence, Break the Cycle, Futures Without Violence (formerly the Family Violence Prevention Fund), NOW, the Feminist Majority Foundation and many others.

I am honored to be a part of the growing multicultural, multiracial movement of male “aspiring allies” to women. I will continue to support the White Ribbon Campaign, Men Can Stop Rape, A Call to Men, Men Stopping Violence, the National Organization for Men Against Sexism and many others.

The Violence Against Women Act was originally introduced in Congress by a man–the same man who is now our vice president. Since then, it’s been implemented, enhanced and reauthorized by smart women and men. I urge all people to support their work and help create a future free from violence.

You can double your impact by signing the Care2 petition below in addition to the Change.org “10,000 Men” petition!