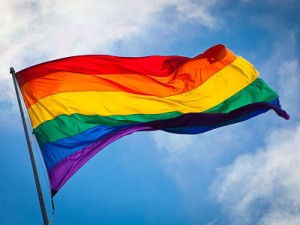 How to address transgender issues has long been a sticking point in feminist circles. Trans women, especially, often find themselves with a conundrum: Not always welcomed into the women’s movement with open arms, they are nevertheless confronted with many of the same sexist and misogynist institutions all women face–sometimes more so because of the extra layer of stereotyping that goes along with identifying as trans.

The issue of transfeminism and what it might mean really sparked during the 1991 controversy over the Michigan Womyn’s Music Festival’s “womyn-born-womyn”-only policy. But the debate over the inclusion of transgender women in the feminist movement goes back to the early 1970s and has been waged in both academic theory and all over the blogosphere. While there’s no hope that I can resolve this debate in a few hundred words, there’s no doubt that defining transfeminism and, more generally, articulating how trans and queer issues fit into the movement, should be central concerns of our feminist future.

It’s important to acknowledge the potentially controversial nature of transfeminism, but if feminism can’t find a way to embrace difference while finding common ground, then what’s the point?

Part Twenty in a Women’s History Month series celebrating organizations and ideas that represent the future of feminism.