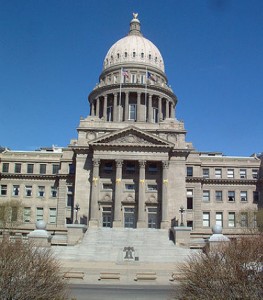 In a week in which anti-choice legislation seems to be coming thick and fast, some positive news finally emerged this morning: SB1387, the Idaho bill which would make it mandatory for women seeking abortions to first undergo an ultrasound, has been temporarily removed from the Idaho House agenda. Yesterday, Idaho Rep. Tom Loertscher, chairman of the House State Affairs Committee, canceled today’s scheduled hearing on the issue. The good news for Idaho women is that if the hearing is not rescheduled before the end of this week, it is unlikely there will be time for the bill to be put to a vote.

The outcry over the bill has been compounded by the fact it does not specify what kind of ultrasound would be mandatory (thus raising the ugly issue of the transvaginal ultrasound), and could even force women to undergo two ultrasounds before obtaining an abortion.

The bill, which passed the Idaho Senate 23-12, was pulled from the agenda on Wednesday just hours after an anti-choice activist performed actual ultrasounds on six pregnant women for all to see at Idaho’s statehouse. The public display, led by crisis pregnancy center owner Brandi Swindell, was presumably aimed at “demystifying” ultrasounds, or as Swindell puts it, “Who doesn’t love an ultrasound image of a baby?”

Apparently it’s not just women seeking a termination who do not wish to undergo or view a medically unnecessary ultrasound–the lawmakers responsible for the bill don’t want to see one either! Only 6 of Idaho’s 150 legislators showed up for the ultrasound “circus,” and perhaps those who stayed away did so because they realize that the problem with the bill is not the ultrasound part but the mandatory part. As Hannah Brass of Planned Parenthood points out, “The biggest difference between today’s demonstration and this legislation is that the women today all chose to have an ultrasound.”

Now that the bill is close to being moribund, Brass reminds us of the need for feminists to remain vigilant as “the [legislative] session is not yet over.” She adds:

We will continue to make sure that legislators know that the ultrasound mandate does nothing for women’s health and is not right for Idaho. Our hope is that the Idaho Legislature has finally realized that they have no place in the exam room and that these decisions should be based on medicine, not politics.