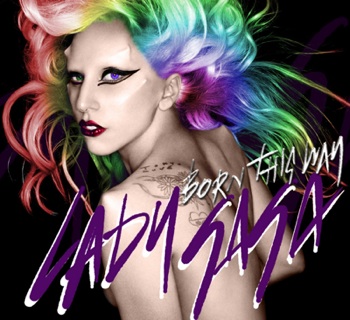 The bullying of teenagers and college students, online and in-person, appears to be finally receiving the serious attention it deserves. In the wake of an awful spate of suicides by gay and lesbian teens in late 2010, the issue has prompted a story line about anti-gay bullying on the hit TV show Glee and a new documentary, Bully. While LGBTQ youth are definitely not the only ones vulnerable to bullying, they are at extraordinarily high risk. So today I’m highlighting two recent awareness-raising efforts around homophobic and transphobic bullying.

While Dan Savage’s It Gets Better project has some major flaws, such as a lack of intersectionality, it’s still had enormous success in delivering a message of hope to LGBTQ youth across the globe. The project started with Savage and husband Terry Miller posting a Youtube video with a very simple message: We know things can be hard out there for queer youth, but you’re not alone and things are going to get better. Savage then asked lesbian, gay, trans, queer and straight allies to submit videos of their own, prompting well over two thousand submissions to date (and that’s a conservative estimate), including videos by Hillary Clinton, Barack Obama and a whole host of celebrities. The It Gets Better Campaign can’t replace or replicate the on-the-ground work of organizations such as The Trevor Project, The Gay, Lesbian, Straight Education Network, PFLAG and The Safe Schools Coalition that have fought hard for years to protect LGBTQ youth from violence and suicide, but it has certainly brought anti-LGBTQ bullying into the international spotlight.

The newest kid on the block is the Born This Way Foundation, launched in late February by Lady Gaga and her mother Cynthia Germanotta, in partnership with Harvard and the MacArthur Foundation. Far from a fly-by-night pop sensation, the foundation is grounded in substantial research on cyber-harassment and bullying led by danah boyd and John Palfrey. boyd told the Ms. blog:

Lady Gaga has already been quite informed by the research. In particular, she realized that those who perpetrate meanness and cruelty (“bullies”) also need love and support and that punishment alone will not fix the problem.

Accordingly, the Born This Foundation’s mission is to encourage an environment of safety, love, acceptance and change for a “braver, kinder world” and to encourage youth to celebrate their individuality and diversity while cultivating a strong sense of community. The site lets youth upload their “stories of bravery” and promises to offer tools for local advocacy and community-building.

Both the It Gets Better project and the Born This Way Foundation focus on messages of hope instead of recriminations, fear and anger–a positivity that seems essential and necessary in our increasingly pessimistic society.

Part Twenty-four in a Women’s History Month series celebrating organizations and ideas that represent the future of feminism.