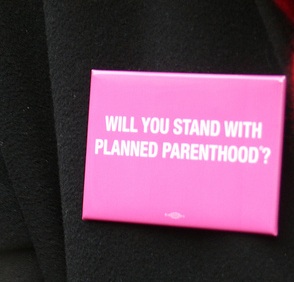 Police are investigating a homemade bomb that exploded last night outside of a Planned Parenthood clinic in Grand Chute, Wisconsin. No injuries were reported, and the clinic experienced only minimal damage from the fire caused by the bomb.

Our primary concern today–as always–is our patients staff and volunteers. Women deserve safe and compassionate care, and we are proud to provide it. Rest assured, our doors will remain open for the thousands of women who rely on Planned Parenthood of Wisconsin each year for high quality health care.

According to Amanda Terkel of the Huffington Post, the National Abortion Federation reports that last year there were 114 attacks against abortion providers, “including three physical assaults, one bombing, one incident of arson, 27 counts of vandalism and eight burglaries.”