Equal Pay: Will We Ever Get There? An Interview With Lilly Ledbetter - Ms. Magazine
Skip to content 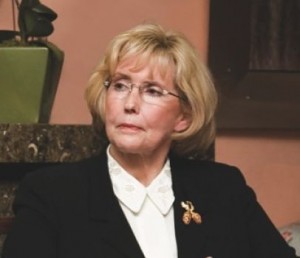 April is the month every year when the paychecks of women working full-time, year-round catch up with what men earned by the previous December 31. This year Equal Pay Day falls on April 17.

There are a number of causes for the pay gap, including job segregation (so-called “men’s jobs” pay more than “women’s jobs”) and the fact that working moms are often seen as less serious or less reliable, despite solid evidence to the contrary.

But plain old sex discrimination plays a big part. Lilly Ledbetter found out the hard way after 19 years at Goodyear, when she learned she had been underpaid all along compared to men doing the same job. She sued–and won in lower courts. But the Supreme Court overturned 40 years of precedent when it ruled against her in the now-infamous Ledbetter v. Goodyear case, saying she should have complained earlier–even though she didn’t know about the discrimination.

The Lilly Ledbetter Fair Pay Act restoring the previous standard (a victim has 180 days to complain beginning when she learns about the discrimination) was the first law President Obama signed. Ledbetter’s new book Grace and Grit: My Fight For Equal Pay and Fairness at Goodyear and Beyond chronicles her struggle and the aftermath. I interviewed her this month for my radio show Equal Time With Martha Burk.

Martha Burk: When did you go to work for Goodyear?

How did you find out after 19 years that you were making less than the men doing the same job and in some cases with less seniority?

An anonymous note — a little piece of paper with my salary and 3 male co-workers. I knew it was correct, because my numbers were there to the penny. The first thing that hit me was devastation, humiliation. Then I thought about how many hours of overtime I had worked and not been compensated for what I was legally entitled to, and how hard it had been on my family struggling to pay the mortgage, education, doctor bills. We had done without quite a bit. And this was not right. I didn’t know how I could through my 12 hour shift.

Did you leave the plant and go home?

No, I finally got my composure. Halfway through my night shift it hit me. My retirement, my 401(k), and someday my Social Security all were dependent on what I was making — and that’s another tremendous loss.

Did you go to the company and complain?

I had already been to the company recently, because there were rumors, and I wanted to know where I stood. They told me “you’re just listening to too much B.S.. Your salary is fine.” Later my lawyer found out that for many years I had been paid below the minimum for the job I was doing.

It had to be a hard decision to file a suit, and risk retaliation or even getting fired.

Yes, I thought about it. But I decided I could not let a major corporation do me this way, and not stand up for myself. I went straight to the Equal Employment Opportunity Commission closest to my home.

You’ve said that one of the most important pieces of advice you can give to women in this situation is “don’t hold back, tell the investigators as much detail as you can, and document as much as you can.”

That’s absolutely correct. It’s very hard — you feel like you’re being a complainer and a whiner, and that’s actually the reputation you get when you do file a charge. But you should open up and tell everything. I was shunned by co-workers.

You were transferred to another job where you had to lift heavy tires all day. You were over 60 years old. Wasn’t that retaliation for filing the charge, which is against the law?

Yes, but I lost that part and also an age discrimination complaint.

The State of New Mexico has a rule that any company applying for a state contract has to file a gender pay equity report showing pay statistics for men and women in each job category. Would that have helped you?

Absolutely. I thought because Goodyear was a federal contractor they would be following the law. But that turned out not to be the case, and I couldn’t find out.

What would your advice be to women who might be considering filing a complaint?

Do your research on salaries in your area. Do not take anything for granted, and document everything. Discrimination is alive and well today. You cannot afford to work any length of time accepting less money, because you can never catch up.

Photo of Lilly Ledbetter by Jenny Warburg for Ms.