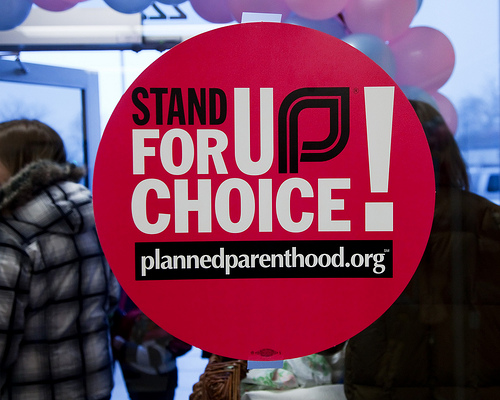 Under increased anti-choice pressure from the state, Planned Parenthood has suspended all medical abortions at its Wisconsin clinics.

The suspension comes two weeks after Gov. Scott Walker signed a law that levies felony charges at abortion doctors who fail to conform to the state’s newly installed guidelines. The guidelines require a woman seeking medical abortions to visit the clinic three different times–in order to prove she is not being coerced–before taking the RU-486 pill.

RU-486, commonly referred to as the “abortion pill,” is usually taken in the first nine weeks of a woman’s pregnancy. For many women, it’s the preferred method of terminating a pregnancy because it can be done in the comfort and privacy of their own homes. According to Planned Parenthood Wisconsin, medical abortions account for 25 percent of abortions in the state.

Planned Parenthood Wisconsin made the decision to end medical abortions at its clinics because the law puts doctors at risk, said public policy director Nicole Safar. She called the law “one more piece of very anti-women health legislation” because of its criminalizing intent.

Access to abortion is already extremely limited in Wisconsin, which requires mandatory counseling, a 24-hour waiting period and parental consent for minors. There are only five private abortion clinics in the state, three of which are run by Planned Parenthood.

Anti-abortion advocates, such as the Wisconsin Right to Life, claim this law protects domestic violence victims from being coerced into abortions. But by limiting options and resources for women seeking abortions—especially those from low-income backgrounds—the state of Wisconsin is practicing its own form of reproductive coercion: keeping unwilling women pregnant.