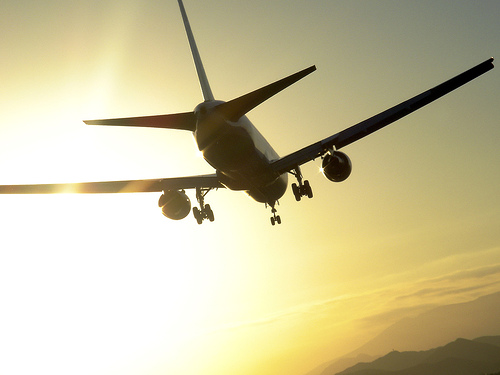 Imagine you’re a certified commercial pilot, and you’re among the 6.6 percent of them who happen to be women. You’ve passed all the same training as your male colleagues and proven that you can fly a plane just as well. One day, as you prepare for takeoff, you hear a male passenger say that he refuses to be flown by a woman. Do you just ignore him? Do you turn around and give a reasoned explanation of why your gender plays no role in your ability to fly a plane? Or do you kick him off the flight?

A Trip Airlines pilot went with the third option on Tuesday, May 22, after a male passenger stood up and shouted, “Someone should have told me the captain was a woman. I’m not flying with a female at the controls.” The unidentified passenger was ejected from the plane and met by police, who escorted him out of Belo Horizonte airport. The Brazilian airline later backed its pilot’s decision with a statement that it wouldn’t tolerate disparaging remarks about any of 1,400 women working there.

While the airline’s support of its women employees is encouraging, it’s hard not to be discouraged by the incident that prompted it. Despite increasing opportunities for women pilots, they’re still among the few professionals who face the outmoded belief that women physiologically “just can’t do” the job–even though gender-blind, controlled studies have found that women pilots make as few or fewer mistakes than their male counterparts.

Just last month, Joe Cowley, a sportswriter for the Chicago-Sun Times, tweeted from a plane: “Chick pilot. Should I be OK with that or am I just a sexist caveman?” He proceeded to get into a Twitter flame war with New York sportswriter Sloane Martin, in which he tweeted, “The chick pilot did good…Even though she had to come back and ask for directions twice.” Fortunately, like the man on the Brazilian flight, Cowley got his just deserts: His Twitter account disappeared later that day, and the Sun Times has reportedly put him on probation. And, in both this case and the Trip Airlines case, the web was filled with responses condemning the sexist behavior.

In other words, no surprise here–sexism is still alive and well whether you’re on the ground or in the air. But as more women take to the skies and more feminists speak out on the Internet, there’s hope that such beliefs will die an overdue death. Until then, it’s nice to have the example of this pilot and Trip Airlines. There are times when there’s no enlightening people and you just have to kick them off the plane.

Photo by Flickr user Kossy under license from Creative Commons 2.0 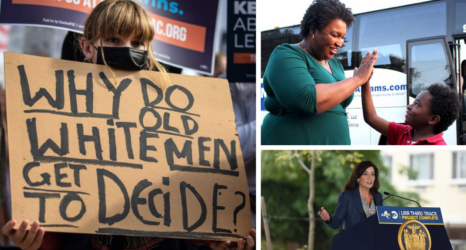