Good, But Not Earth-Shaking: A Review of "Hysteria" - Ms. Magazine
Skip to content 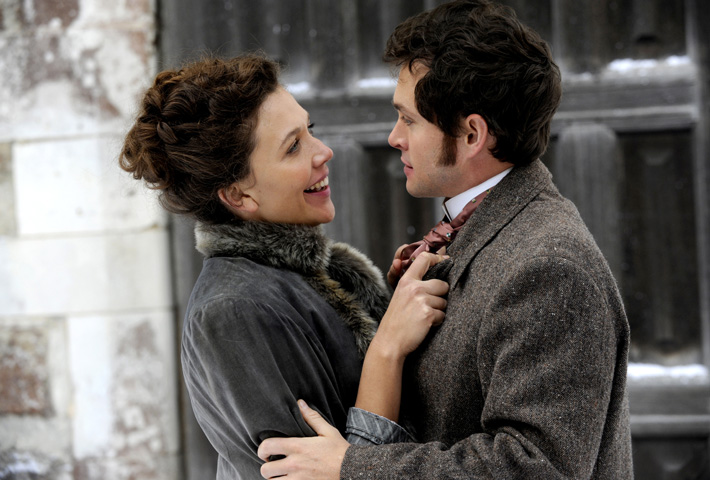 Watching Hysteria brings on feelings of bemusement and frustration–bemusement as it’s still hard to stomach the century-spanning belief in “womb disease,” otherwise known as hysteria; frustration as the male-centered model of sexuality that brought about this enduring belief is still prevalent today. The decidedly rom-com approach the film employs is also frustrating, though amusing, especially for feminist viewers well-versed in the harmful effects of defining female sexuality in pathological terms.

Although 1980 finally saw the removal of the term “hysteria” from medical books, from at least the 4th century the “ailment” was considered to be widespread and chronic in the female population. The medicalizing of female sexuality and its disastrous consequences is well-documented, as is the history of female orgasm and the vibrator (as here, in the 2007 award-winning documentary Passion and Power: The Technology of Orgasm, or in the play In the Next Room). Alas, Hysteria offers a more stereotypical “opposites attract” narrative rather than a thought-provoking critique of sexual mores. This viewer wished for more critical bite and less feel-good vibe.

Though the film depicts Charlotte’s outspokenness, independence and rebellious nature as preferable to Emily’s fondness for table manners and piano playing, the focus on two very different sisters falls into the dualist trap of presenting women as either angel in the house (Emily) or dangerous heretic (Charlotte). Another female character, Molly (Sheridan Smith)—a prostitute turned housemaid thanks to Charlotte’s intervention–solidifies this good woman/bad woman binary.

Thankfully, by the closing credits, Emily is shown to be not quite as vapid as assumed, while Molly morphs into a bit more than the stereotypical Victorian harlot. As for Charlotte, while she is a fabulously socialist- and feminist-minded character, something all too rare in films, she ends up setting upon that most traditional of female paths: towards marriage. Early on she insists she will only marry an equal, and one presumes she will hold to her egalitarian view, but feminist moviegoers will likely hanker for a bit more critique of the institution of marriage–especially concerning its role in defining male sexuality as the norm and female sexuality as pathology. 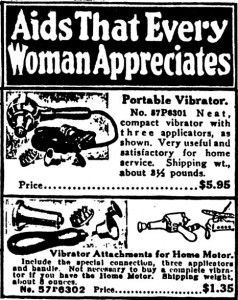 But vibrators are still instruments of some controversy. As Maines points out, when they appear in mainstream erotic or pornographic films (and, I would add, when they appear in sex toy shops) they are more often than not “reassuringly phallus-shaped,” suggesting that they are “really only a subjstitute for a penis” (Maines 121). While purchasing vibrators may soon become, according to this Jezebel post, “as boring as buying an iPod,” the need to dissect our continuing refusal to bring female sexuality—and masturbation—out of the closet (as this Ms. post explores) remains all too pressing, as does the more general refusal to trouble heteronormativity. Mother Jones’ hook for the film is witty (“Allow me to be straight with you: Half of this movie is just watching physicians in 19th-century England getting rich old ladies off”), but it also hints at something much more insidious with its tongue-in-cheek use of the word “straight.”

Well, let me be straight with you, Ms. readers. Hysteria does not trouble our straightlaced cultural views of sexuality. While it hints towards the need for progressive socialist reform and celebrates first-wave feminism via the likeable and well-played Charlotte, it doesn’t query (queery?) the androcentric model of sexuality, let alone explore the wonderfully queer continuum of sexual pleasure. What it does do is shine a light on a history that is too often forgotten. And, to boot, it presents several on-screen earth-shaking, operatic-inducing females orgasms. If that doesn’t lure you to the cinema, might I suggest instead perusing a quaint home catalog for a self-servicing home-massager? Whatever choice you make, I wish you good and lasting vibrations.