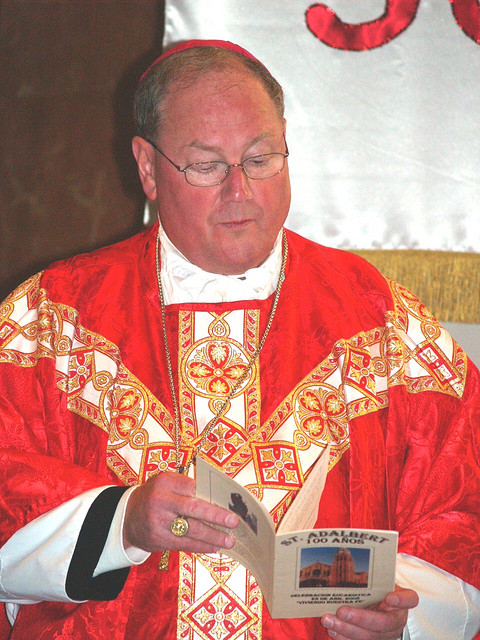 Cardinal Timothy Dolan of New York, who has problems of his own in his former Milwaukee archdiocese, is leading a procession of lawsuits opposing a national requirement of health insurance companies to cover contraceptives.  The cardinal called it “totalitarian incursions against religious liberty.” His principle argument is that religious institutions should not “… be forced by the government to provide coverage for contraception or sterilization,” because it “…  violates their religious beliefs.”

On that principle, legislators across the country are working to deny state and federal funding to organizations that provide contraceptive services. These lawmakers and their political allies echo the United State Conference of Catholic Bishops’ (USCCB) reasoning that it is unjust to force taxpayers, employers or members of the Church to support institutions or their affiliates which are committing acts they decry as “intrinsically evil.”

The morality of contraception has been debated for generations, but what if we apply Cardinal Dolan’s reasoning where the question of morality and legality is indisputable?

Recent polling shows that more than 80 percent of American Catholics find contraception morally acceptable and almost all Catholic women who have had sex have used a method forbidden by the Church.

On the other hand, protecting sexual predators is neither moral nor legal. At the same time the anti-contraception lawsuits were filed, a Wisconsin court ruled that the Diocese of Green Bay (a sect of the Archdiocese of Milwaukee)  illegally concealed sexual assaults of children and put other children at risk. If it is the bishops’ principle to stop federal and state funding for institutions and affiliates that have acted immorally, we can begin where there is no question of legality or morality. Let us deny funding to institutions, like the Green Bay diocese, that have been convicted of conspiring to protect child sexual predators.

The bishops have tried and failed to make a credible cost or health argument against contraception even among their parishioners. Family planning saves taxpayer dollars and insurance premium increases for contraceptive coverage would be nominal. Failing at persuasion, they turn to federal courts. They demand a series of exemptions for employers and institutions in the name of religious freedom:

The bishops invoke the legacy of Martin Luther King Jr. in their insistence on being awarded federal grant funds without anti-discrimination protections for women, sexual assault victims and homosexuals. The demands reveal that Cardinal Dolan’s defense of civil rights begins and ends with imposition of his narrow institutional authoritarianism even on employees or students or women who disagree. This profoundly contradicts the individual liberty protections guaranteed by our Bill of Rights.

The bishops’ central argument is that we must enforce a standard of de-funding institutions engaged in actions they disapprove. Let us call upon Cardinal Dolan, the USCCB and their political allies to practice what they preach. Eliminating public funds and taxpayer support for organizations criminally convicted of protecting child predators will prove they are standing on principle.

Lon Newman, MS, champions the cause of accessible, affordable family planning for all—including the poor and the uninsured. His agency serves about 10,000 women a year, offering reproductive health care, contraceptive services and education, and the Women, Infants and Children (WIC) program at eight clinics. He is Executive Director of Family Planning Health Services, Public Affairs Chair of the Wisconsin Family Planning and Reproductive Health Association, and President of the Women's Health Network of Wisconsin. In 2004, he was one of ten individuals nation wide to be awarded the prestigious Robert Wood Johnson Community Health Leadership Program Award.