How William Sanger Inspired Me to Pro-Choice Activism - Ms. Magazine
Skip to content 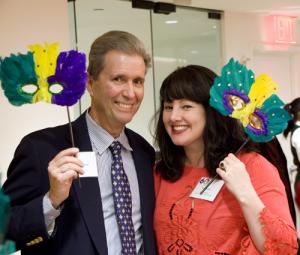 In my family, being pro-choice comes naturally. This is not just because the ghost of my grandmother, Margaret Sanger, would rise from her grave to wreak vengeance on any of her relations who dare stray from the path. It is also because the guys have the model of my grandfather, William Sanger, to emulate.

My grandfather was an interesting man, who didn’t quite realize who he was marrying. To be fair, my grandmother didn’t know the ground breaker she would become as she walked down the aisle either. William Sanger was a radical, advanced in his thinking, and he supported his wife when she started her birth control advocacy, which began after 10 years of mostly sedate marriage. My grandmother promptly got herself indicted for obscenity under the Comstock Law and fled the country before she could be convicted and jailed.

Anthony Comstock decided the next best thing would be to jail her husband. So, he sent an undercover police officer to my grandfather’s architectural office pretending to be the father of a large brood, who couldn’t afford any more children, and begging for one of my grandmother’s contraband pamphlets. My grandfather rummaged through his desk and found one, handing it to the undercover officer. Anthony Comstock appeared and personally made the arrest.

At his trial at the Tombs, William Sanger made an impassioned plea for liberty, free speech and the liberation of women from the shackles of the Comstock Law. My grandfather said this from the witness stand:

I deny the right of the State to compel the poor and disinherited to rear large families, driving their offsprings into child labor when they should be at school and at play. I most certainly deny the right of the State to arm a prudish censorship to pass judgment on our art and literature. I deny as well, the right to hold over the entire medical profession the laws of this obscenity statute, to heckle, hinder, and deprive those best fitted by years of training and experience from aiding those ignorant of the methods of birth control.

My grandfather was convicted of distributing an “immoral and indecent pamphlet” and sentenced to 30 days in the Tombs, thus having the distinction of going to jail for advocating birth control before my grandmother did.

As for me, I continued my family’s legacy as a college student. While sitting in my dorm room, I got a phone call from a high school friend I hadn’t seen in two years. “I’m pregnant,” she said. “You’re the only person I can call.” Back then, abortion was totally illegal in Massachusetts, where she lived, as was birth control, which is probably why she got pregnant.

I start asking around campus for a doctor to help my friend and pretended I was her boyfriend in order to engender sympathy. I got the name of a doctor in Washington, D.C. and called him from a payphone. Giving no names, I told the doctor my girlfriend needed help. He told me to have her arrive at an address in Arlington, Virginia with $300 cash the following Wednesday. My friend didn’t have $300, so I made another round of calls to collect the money and wired it to her. She had the abortion without complications.

The doctor, Milan Vuitch, was an OB-GYN, who performed abortions on the side. A year after my friend went to meet him, Dr. Vuitch was arrested. His case went to the U.S. Supreme Court the year before Roe. The court, though it upheld his conviction, laid the groundwork for the landmark case by giving a broad interpretation to the “health exception” in the D.C. abortion statute. Dr. Milan Vuitch went to jail.

After that incident, I vowed that no woman, and no physician helping her, should have to suffer that kind of consequence. I began forging my own path in the ongoing fight for sexual and reproductive rights, and it is one I continue to tread.