Homeland Security Gets Caught in the War on Women - Ms. Magazine
Skip to content 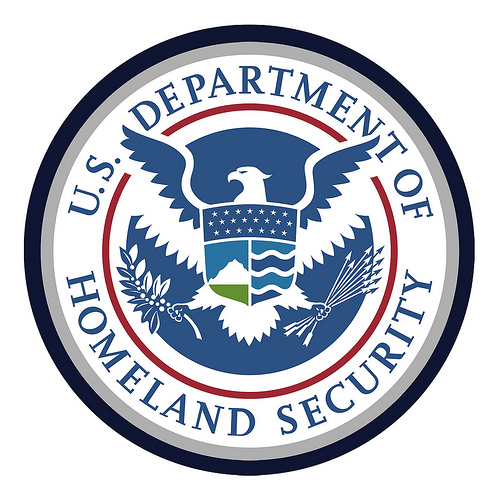 Have you ever wondered if Immigration and Customs Enforcement provides abortion services for undocumented immigrant detainees?

It doesn’t, but that didn’t stop the GOP-controlled House from tacking an anti-abortion rider onto a massive Department of Homeland Security spending bill.

The House passed a $46 billion Homeland Security bill Thursday that includes a special provision banning ICE from using funds to provide abortions for immigrant detainees. The bill, which passed with a sizable majority vote of 234-182, makes exceptions for rape, incest and health of the mother. Incest was only added to the bill after Rep. James Moran (D-Va.) suggested its inclusion to assuage his fellow partymembers.

The DHS appropriations bill is not only raising eyebrows because of the out-of-place anti-choice rider, but because government-funded abortions for undocumented immigrants is a moot point. According to ICE spokesman Barbara Gonzalez, the agency has never once paid for abortion services since its creation in 2003.

The bill is not expected to pass the Democratic-controlled Senate, which means that for bill sponsor Rep. Robert Aderholt (R-Ala.) and the representatives who voted for the bill, this is not about actual policy change but making a political statement.

In response to the addition of the amendment in mid-May, Planned Parenthood released the following statement:

Not only is this amendment unnecessary and redundant to existing policy, but it is a clear case of bringing election-year politics into a critical discussion about U.S. homeland security issues. This unnecessary amendment disallows access to the full legal range of reproductive health care for women, including access to abortion services.

The anti-abortion stance of the House isn’t surprising, but the addition of such language to a bill that has no relation to abortion services still seems extreme. A woman’s right to choose has been severely under attack since late 2010, and the last few months have seen a flurry of reproductive health-related bills on both the federal and state level.

The House’s most recent attempt to curb abortion rights—a bill that would have made it a federal crime to administer or force an abortion based on the sex of the fetus—was defeated on May 31. Meanwhile, Michigan just introduced three new anti-choice bills that are expected to pass the House if they can be put to vote before their legislative session closes later this month. And today, Louisiana Gov. Bobby Jindal signed one of the country’s harshest ultrasound laws, mandating a 24-hour waiting period and requiring doctors to describe the ultrasound image to their patients. He is also expected to sign a 20-week abortion ban that is awaiting a final Senate vote.