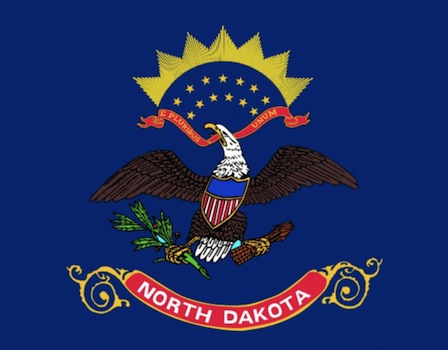 North Dakota primaries don’t typically transfix the nation. But yesterday, all eyes were on polling centers in Bismarck and Fargo awaiting the outcome of Measure 3, the so-called “religious liberties” amendment to the State Constitution that would have spelled a major blow to women’s rights. Fortunately, the measure was defeated by an overwhelming margin of 64 to 36 percent, with the Associated Press calling the race at 10:15 p.m.–a very early election night.

The 82-word amendment, formally titled the Religious Liberty Restoration Act, stated that “a sincerely held religious belief” is sufficient grounds to disobey a law deemed contrary to that belief. The subtext? Measure 3 is part of a nationwide push by Catholic bishops to resist the Affordable Care Act (ACA)’s mandate for no co-pay contraception. The bishops argue that the First Amendment should exempt religiously operated hospitals, schools and charities from covering birth control in employee health-insurance plans, as is required of all providers by the ACA. A Catholic bishop, Samuel Aquila of the Diocese of Fargo, co-sponsored Measure 3, and the North Dakota Catholic Conference publicly endorsed it. Ultra-conservative “pro-family” group the North Dakota Family Alliance was also a prominent supporter of the measure, contributing $10,000 for the Yes on Measure 3 campaign.

Although North Dakota is “red” state, Measure 3 most likely failed because it’s unnecessary: Religious freedom is thoroughly protected in the U.S. Constitution under the First Amendment. Tom Fiebiger, a civil rights attorney and chair of North Dakotans Against Measure 3, told The Jamestown Sun:

It would be different if people’s rights were being trampled, [but] the average North Dakotan has the same religious liberties they have always had and will continue to have.

Much of the opposition to the measure stemmed from its ambiguity. Because the proposed amendment failed to define the lengths to which “a sincerely held religious belief” would exempt people and institutions from following the law, critics saw dangerous unintended consequences. Lawyers feared the measure could be used as defense in criminal cases: Perpetrators of domestic violence, child abuse and even employment discrimination could say they were acting according to their “religious beliefs.”

Feminist activists helped rally opposition to the measure. Ms.‘s publisher, the Feminist Majority Foundation, worked on the ground with North Dakotans Against Measure 3, organizing college students under the banner “North Dakota Students Voting No on 3.” Major campuses in the state were plastered with signs, leaflets and stickers reading, “Vote NO on 3, It Goes Too Far.”

Although 15 states have enacted laws similar to the federal Religious Freedom Restoration Act, the measure’s detractors and proponents alike agreed that North Dakota’s variant was unprecedented in scope:

Measure 3…allows individuals to challenge any burden on their religious beliefs, regardless of degree, and may enable religious organizations to claim that they are entitled to receive and use taxpayer funds for religious purposes and activities.

At minimum, Measure 3 would have put up significant barriers to women’s reproductive-care access. North Dakota is home to some of the strictest anti-choice laws in the country; the state has conscience clauses allowing individual physicians and institutions to refuse to provide abortion care or referrals. Measure 3 would have extended those clauses to include birth control, emergency contraception and sterilization.

The defeat of Measure 3 was a significant blow to the anti-ACA campaign. Unfortunately, however, it hardly signifies the end of the “religious liberty” debate–or what feminists are more aptly calling the fight for no co-pay birth-control coverage. As we await the Supreme Court decision on the constitutionality of the Affordable Care Act, both supporters and critics are organizing. Catholic bishops are holding events in the name of “religious liberty” later this month, but not all religious community members are taking their side–the Catholic sisters of NETWORK are setting off on a bus tour to support the health-care mandate.