Britain's Femfresh Takes a Kick in the Euphemism - Ms. Magazine
Skip to content 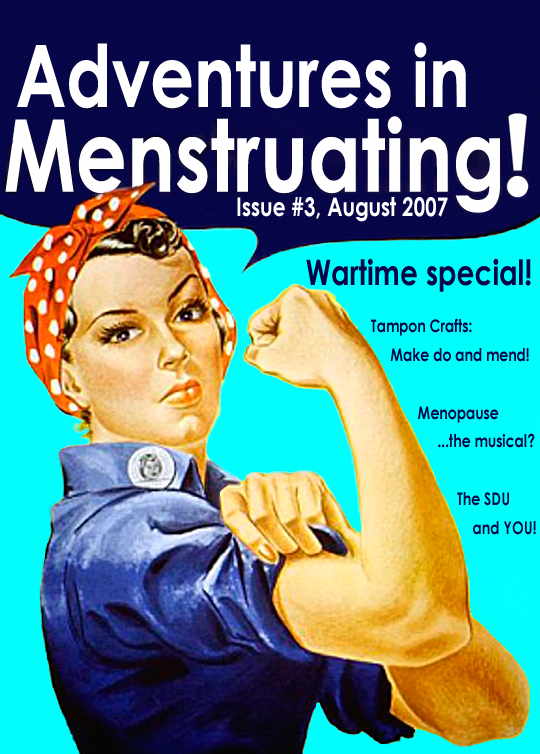 When I moved to England, people asked if I knew what I was getting into. You could take the girl outta Brooklyn, etc. But I settled in just fine. Still, the average Brit of any gender still has the reputation stateside of being able to keep calm and carry on and requiring a stiff drink to breach taboos and societal norms.

So when I started the comedy print zine and blog Adventures in Menstruating to deconstruct and talk back to feminine hygiene advertising (most of the current ads have used the same messages and tactics as the ones from 50 to 80 years ago), I knew it might not be for everyone, but it’s actually gone over really well. The UK was more than ready to bust myths and throw down against misogynist messages in advertising.

But Femfresh, a U.S.-owned brand of “feminine wash,” recently made a mistake trying to maintain the mystique of menstruation. It put up a series of ads that contained a whole bunch of replacements for the word vagina, and said that if you loved yours, you’d use their range of washes, wipes and deodorants. These replacements were nonsense words–they weren’t pet names or nicknames or other monikers in frequent use over here, like “fanny.” (Yep, in England, your fanny is certainly not your tush. If you are sitting on your fanny over here, you have dislocated something. Anyone who still wears a fanny pack, and wears it up front, may feel briefly vindicated at this point.) On Femfresh’s Facebook page, a whole series of vibrantly dressed women parade across a vivid blue background behind captioned overlays saying things like “Woohoo for my froo-froo!” and other inanities. This has not gone down well.

The other problem is, no matter what words you say, washing out your vagina with soap is not recommended. The Society for Menstrual Cycle Research reports on findings that it’s a cause of bacterial vaginosis.

So if you really love your vagina, you ain’t buying Femfresh. And this is what hundreds of women told Femfresh on their Facebook page over this past week. ZDNet has an excellent play-by-play, with screengrabs.

Femfresh appears to have underestimated the willingness of women in Britain to talk to each other about the way their vaginas do or do not smell, what is or isn’t ‘normal’ and what kind of language is potentially shaming. They definitely underestimated British women’s willingness to talk back.

They invited comment but didn’t like what they heard, so they took down their Facebook page after saying they were listening to our comments. “La-la” is is one of the expressions Femfresh use instead of vagina. It’s also what people say when they’re not listening.

So we tweeted. We blogged. We talked about it in the pub. It’s all over the UK blogs, and I’ve responded with a parody ad and several blog posts of my own.

The ad campaign is still the same. The Facebook page is back up, but is no longer accepting comments. Femfresh is still on the shelves. So what happens next? The ball is in your court, Femfresh. Britain has spoken.

Chella Quint is a comedy writer, performer and old school zine girl from Brooklyn who now lives in Sheffield, England. She is most well known for Adventures in Menstruating, a print zine, blog and live comedy show that deconstruct feminine hygiene advertising with wit, irony and brute force. Her comic essay, "Getting Civilized," appears in Here Come the Brides: Reflections on Lesbian Love and Marriage (Seal Press, March 2012), and you can find out about her current projects at http://chellaquint.wordpress.com.