The Promise of Intersectional Solidarity - Ms. Magazine
Skip to content 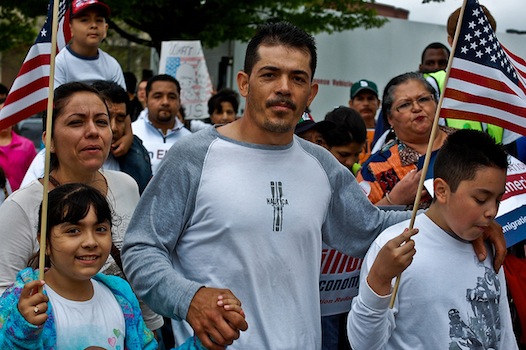 We are the ones we’ve been waiting for–or so we’ve often been told. But that line was first spoken in a poem written by the always prophetic June Jordan. As Jordan ended a poem about South African women in the struggle against apartheid:

we are the ones we have been waiting for

In an essay Jordan wrote about her experience as a bisexual Black female poet who joined with the Jewish community in Berkeley after a series of attacks and threats, she concluded:

And maybe the unity of resistance to hatred that will stop that hatred seems improbable. Maybe an orthodox Jewish congregation will never stand in protective vigil outside a gay and lesbian community center, or the clinic of an abortion provider. Maybe a Black student organization will never rally for Asian American Rights. …

The above quote came back to me when I read the recent New York Times article about new collaborations between African American rights groups and LGBT rights groups.

Swiftly following President Obama’s declaration of support for marriage equality, the NAACP issued a statement in support as well. And then a collection of national LGBT rights groups announced that they would march in protest of “stop-and-frisk,” a police tactic in New York City that unfairly harasses the Black and Latino communities.

And then we see the theme continue. In large part due to the diversity and bravery of Dream Act students in the United States, there has been ongoing collaboration between the Latino and LGBT communities on passing protections for undocumented youth. As soon as Obama announced his policy change on this topic, the National Center for Lesbian Rights released a statement of strong support.

Just days later, the other NCLR, the National Council for La Raza, released the huge and important news that their board voted to unanimously support marriage equality.

June would be thrilled had she lived to see this time in history.

This trend goes beyond large-scale organizations and policy announcements. I came across this recent Ill Doctrine video, made by the always-insightful Jay Smooth. Here is Jay giving a tutorial to men, or anyone in any particular position of privilege, on how to respond in defense when a woman–or anyone in any particular position of not holding privilege–is attacked online.

I think Jay Smooth’s video has a lot to teach around this more expansive responsibility and opportunity. Any intersectional alignment requires a sense of awareness beyond your own interests. And an awareness that extends out to realize how whatever power you or your community holds could impact or protect a community who will benefit from it. Embodied in this awareness is also an openness and appreciation of diversity–of reaching beyond the spheres of those who identify most like you and embracing a sense of humanity that may not be as directly familiar to you.

The future is upon us in this fresh collaboration of voices. Any movement–whether old or new–has only succeeded when actively embraced by allies outside the most targeted group. Jordan’s “irrepressible wish that all of us will: All of us will build that circle of our common safety that all of us deserve”–is coming true and changing the potential of, and for, all of us.