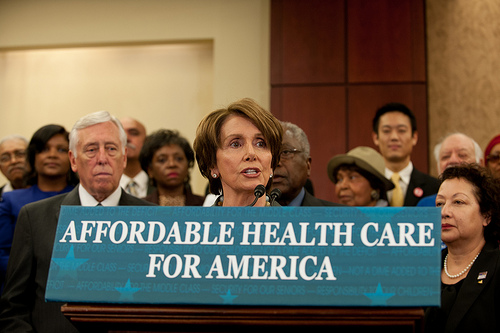 The individual mandate—which has sparked much opposition in the last two years since the president’s health care overhaul—was ruled constitutional because the Court read it as a “tax.” According to the SCOTUS live blog, five justices agreed that the penalty that someone must pay if she or he refuses to buy insurance is a tax that Congress can impose using its taxing power.

Since the individual mandate survived, the Court did not have to look through all the other provisions to decide what is or is not constitutional—which means the HHS mandate that includes coverage of birth control and emergency contraception is still in place. The only provision the Court was stuck on is Medicaid expansion, ruling, in the end, that the expansion is constitutional but the federal government cannot take away existing Medicaid funds from states, even if the states don’t comply with government programs.

The decision, according to the SCOTUS live blog, was 5-4, with Chief Justice John Roberts, who leans conservative, deciding the vote. Justice Anthony Kennedy, typically considered the Court’s swing vote, swung with the dissent. Justice Ruth Bader Ginsburg also read an opinion from the bench, however, she disagreed with the chief justice on the Medicaid expansion not being viable under Congress’ Commerce Clause.

This story is still developing. Please follow Ms. today to read more about the Affordable Care Act and what it means for women.