Reevaluating How and Why Women Watch Sports - Ms. Magazine
Skip to content 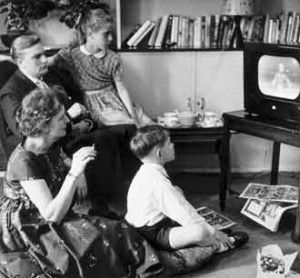 Amid celebrating the 40th anniversary of Title IX this year and the Olympic Games, a study addressing women’s media consumption of sports has sparked some controversy.

“Women (Not) Watching Women: Leisure Time, Television and Implications for Televised Coverage of Women’s Sports,” recently published in the journal Communication, Culture & Critique, centered on the question, “Why, despite exponential growth in sports participation among girls and women, have we not seen a similar rise in women’s sports viewership?”

Researchers Erin Whiteside, an assistant professor at University of Tennessee, Knoxville, and Marie Hardin, an associate professor at Pennsylvania State University, studied 19 heterosexual married women (all white except for one black woman and one Latina, and 15 of them with children) between the ages of 26 and 43 years old. They found that, for women, watching sports was associated with “emotion labor” rather than leisure.

Some of their other findings included:

But a closer look at the study shows that rather than watching a game or event to please their husbands, the women tended to root for their husbands’ favorite teams because it created stronger bonds in the marriage. Says Hardin,

The most common and valid critique of the study is the small number of women who were interviewed, but Whiteside admits that the study did not use a random sample to accurately represent all women:

Our goal was not to describe a social trend at a meta-level but to interpret it. We hope that folks will read this and take ideas and pull those threads to approach these issues on a much bigger scale.

Another criticism of the study is the dominance of white women. Hardin explained that because they were working in small focus groups, she wanted racially homogeneous groups because they tend to make subjects feel more comfortable while speaking about their home lives. When cultural norms conflict, Hardin explains, “it changes the way people talk.” She would like to do additional research with women of color, but no studies have been set up yet. She would also like to study women in lesbian households to see if there is a “difference in the power dynamic of the remote control and if household chores are shared.”

In fact, the study was much more about how households operate than whether women watch sports just to please men. Whiteside and Hardin observed that media consumption has a lot to do with relationships in a household, and how factors such as childcare and domestic chores affect women’s leisure time. By focusing on heterosexual married women, they were able to analyze how leisure time and household responsibilities were distributed between men and women spouses.

But the Olympics transcend all other notions about women’s interest in sports. Most of the women in the study explained that while they do not watch much sports media, they were looking forward to watching the Olympics. Whiteside attributes this to the “condensed style of coverage, something they described as easy to follow.” The sports that the women were most interested in watching, however, are often described as “feminine sports”–including gymnastics, tennis and, in the Winter Olympics, figure skating.

This small study is not claiming to represent women as a whole, and a larger, more diverse group of subjects will provide a wider range of tastes and experience. But the study’s much more interesting–and feminist–than one would know by reading the rather sexist take on it from the mainstream media.