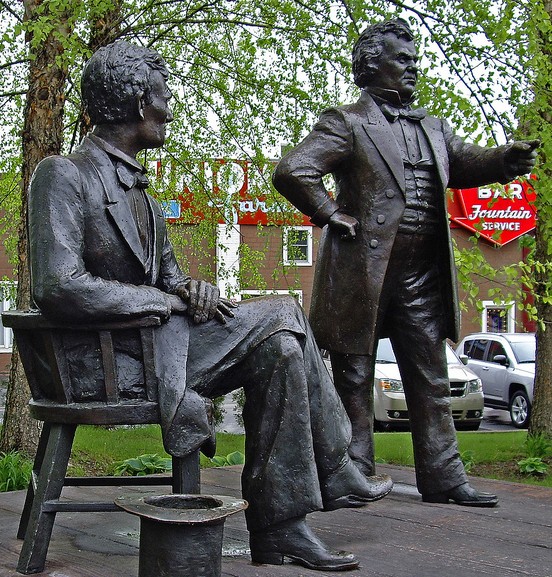 Who said grrrl power is dead? Three high school sophomores from Montclair, N.J.—Emma Axelrod, Elena Tsemberis and Sammi Siegel—took their power to the next level when they created a Change.org petition calling for a woman moderator in the national presidential debates.

While in civics class, these young women were shocked to learn that it has been 20 years since a woman moderated a presidential debate (that was Carole Simpson). They could not understand why it has been so long and, though not yet of voting age, they decided to get their political voices heard.

The petition, which has already garnered over 120,000 signatures, targets the Commission on Presidential Debates, asking that body to choose a woman moderator this year. Regarding the importance of having a woman moderator, Axelrod told NPR,

It seems so doable to just have them pick a woman this election. There is such an abundance of strong, capable, nonpartisan, unbiased female journalists for them to choose from and it seems like a really good place to start and sort of begin to equal out the representation.

And women’s representation certainly needs equalizing. Although women make up 50.8 percent of the U.S. population, they compose only 15 percent of the U.S. Senate and 16.6 percent of the House of Representatives. Not to mention the fact that in the 2010 election, the number of women in Congress dropped for the first time in 32 years. As Tsemberis told the Daily Beast, there is a symbolic importance to having a female moderator in the presidential debates:

It’s necessary that our country sees a woman in this prominent position, being visible on the political stage, asking the questions. … Having a female moderator at the debate will visibly show that women are being considered in the election process.

Not only would a female moderator be a positive symbol of female political empowerment, but she could also address often-avoided issues that affect women in this country. Says Tsemberis,

A female moderator would be able to add a new perspective to the debates and touch on topics …  like reproductive rights, inequality in the workplace and how the economy impacts women and their families.

But campaigns seem to want avoid opening up debates to any “new perspective.” Says debate expert Allan Louden, “What campaigns want is a moderator who is boring, predictable and safe. That means sticking with what has become the norm: ‘a neutral old white guy.’”

Thus, it was not quite surprising that the young women’s efforts have met with little support from the Commission on Presidential Debates. The young women were turned away at the door when they went to deliver their signatures last Tuesday. In addition, their requests to meet with the executive director of the Commission, Janet H. Brown (a woman!), went unheeded. 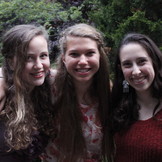 Regardless, the determined trio are undaunted: They have already launched another Change.org petition directed at both the Obama and Romney campaigns, which also have a significant say in who moderates the debates. Although created just a week ago, the petition has already accumulated more than 56,000 signatures. The young women hope that appealing to the candidates themselves might make a larger impact.

But petitioners need to work quickly—the Commission is set to announce the moderator this month.

The drive for a woman moderator is not the only recent example of young women using the Internet to make their voices heard and make a difference. In April, 14-year-old Julia Bluhm launched a Change.org petition targeted at Seventeen magazine, asking the teen glossy to “commit to printing one unaltered, real photo spread per month.” After 84,000 people signed her petition, Bluhm landed a meeting with Seventeen magazine’s editor-in-chief Ann Shoket. Together, they drafted the “Body Peace Treaty,” a pledge for Seventeen readers to vow to respect and appreciate their bodies. Seventeen also agreed to represent more women of all different shapes and sizes and to stop airbrushing their bodies.

We can only hope that Emma Axelrod, Elena Tsembaris and Sammi Siegel will share Julia Bluhm’s success.

This piece is dedicated to my dear friend Joan Stein, an incredibly strong woman.

Photo of statues of Abraham Lincoln and Stephen Douglas in their famous debates courtesy of Ron Cogswell via Creative Commons 3.0

Photo of Emma Axelrod, Elena Tsemberis, and Sammi Siegel from their profile on change.org