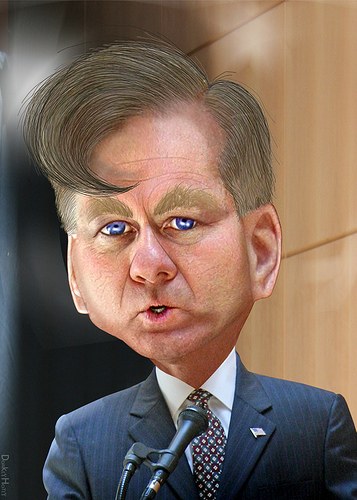 The Virginia Board of Health has voted 13-2 to reverse their June decision to “grandfather” existing abortions clinics, thus exempting them from new, hospital-like restrictions for the state’s other abortion clinics–commonly called TRAP laws (Targeted Regulations of Abortion Providers). Instead, the clinics must comply compliance with the regulations within two years or face closure.

Virginia Attorney General Kenneth Cuccinelli refused to accept the grandfather provision, asserting that the board did not have the authority to amend the regulations (which they did in June). Cuccinelli also released a memo on Wednesday, threatening Board of Health members by telling them, according to the Virginia Pilot, that “they could be denied state legal counsel and [would] have to pay for their own defense if they again disregard his advice about relaxing controversial abortion clinic rules and litigation ensues.”

This board decision is an underhanded method to make abortion inaccessible and outrageously expensive. Without clinics there is no choice for women. It threatens women’s health and lives because many women’s health clinics in Virginia may be forced out of business. These unnecessary and arbitrary rules will result in Virginia women having restricted access to not only abortion services but also to low-cost birth control services, cancer screenings and sexually transmitted disease testing, as well as other women’s health services.

The Board of Health was largely appointed by Gov. Bob McDonnell, a strong opponent of abortion and women’s rights who gained national attention when he initially advocated for the requirement that women undergo a transvaginal ultrasound probe prior to having an abortion.

The board meeting was packed with both pro-choice and anti-abortion proponents. After the Board reversed its decision, some pro-choice advocates walked chanting “Shame shame, you don’t care if women die.”

The Virginia TRAP law now requires that all first-trimester abortion clinics are built (or renovated) to meet hospital-like construction standards. Also, state authorities, without notice, can enter any clinic to examine patient medical records, gather a list of current patients and interview patients on site, potentially violating both patient and provider privacy.

Before taking effect, the regulations approved today must be certified by the Attorney General, go to the governor for his signature, undergo a 60-day comment period and be sent back to the board for final approval. The lengthy process makes it difficult to challenge the law in court until after the regulations have been implemented.