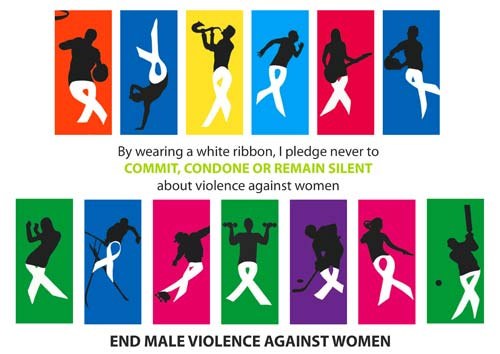 I’m proud to be a part of a growing movement—a multiracial, multicultural, global movement of men who are challenging male violence and outdated notions of masculinity.

I have been inspired by, taught by and befriended by men across the world who have dedicated their lives to reducing male violence. Men and boys around the world work for domestic violence programs and rape crisis centers. They donate and raise money for women’s groups. They organize and participate in community walks and wear White Ribbons. Men Can (and do) Stop Rape and Men (are) Stopping Violence. There is a growing Call to Men to become part of the solution.

We men have listened to and learned from women. We often forget to give women the credit they are due, and sometimes claim their ideas as our own. But the heart of this growing men’s movement rests in the intelligence, kindness, confrontation and love from the strong women in our lives.

We are men and boys who are proud to be working to stop male violence. We are proud to be men who welcome non-traditional expressions of what it means to be a man. We will be our own role models, applauding each non-traditional male role model who appears in film and television. As representations of manhood diversify, we will welcome the by-product of such diversity—acceptance and celebration of all varieties of manhood.

We are proud to be transgender men.

We are proud to have survived violence ourselves. We are rape and incest survivors, survivors of intimate partner violence at the hands of women and men.

We love other men. We will boldly express our love of other men with hugs, tears, high-fives, handshakes, holding hands and kisses—sometimes with sex. We will sometimes choose a man as a beloved life partner. 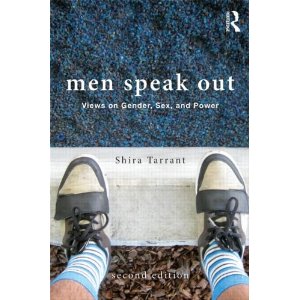 We love women. Knowing that our gender perpetrates violence and sexism, we pledge to change ourselves and the world. Rather than riding in on a white horse, we will partner with women and support women’s leadership in stopping violence and sexism.

We love our families. Those of us who are fathers love our children. We reject the aloof father image. We realize that our children’s happiness depends on treating their mother with dignity, respect and love.

When a boy cries, we will comfort him. We will cry with him.

We will stand up against injustice. We will speak out against it, and will listen without defensiveness when it is pointed out in us. Strength as men will be measured not just by how many weights we can lift, but by how well we can listen.

We realize that in pledging to be part of the solution, we also must acknowledge that we have been (and still are) part of the problem.

We pledge to listen to women and learn from women.

As the White Ribbon Campaign asks, we pledge to never commit, condone or remain silent about men’s violence against women. We choose to respect, seek equality with and share power with the girls and women in our lives. We encourage, demand and expect other men and boys to do the same.

Excerpted from Men Speak Out: Views on Gender, Sex and Power, edited by Shira Tarrant