Year of the Vagina - Ms. Magazine
Skip to content 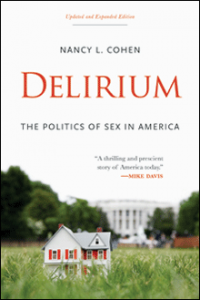 When “Sluts Vote” becomes a popular political slogan, you know something is odd in American politics.

Like many recent elections, 2012 is shaping up to be a Year of the Woman, but with a twist. Thanks to the fanciful physiology of Missouri senate candidate Todd Akin and mandatory transvaginal ultrasounds, as I explain in my new book Delirium: The Politics of Sex in America, the political focus has never shone quite so brightly on our ladyparts. Not in 1992, the first Year of the Woman because of the record number of female candidates elected to Congress; and not in those subsequent elections where particular sorts of women —soccer moms, security moms, grizzly mamas—were held up as the coveted must-win swing voter. Not since Ms. Magazine first hit the newsstands during the peak of second-wave feminism have Americans so publicly debated the intimate connection between female sexuality and gender equality.

Many observers insist that all the sex, abortion and birth control talk is a distraction from the only thing that really matters to voters, the economy. Each party accuses the other of employing the politics of sex as a distraction. But this analysis misses the mark. Women know that choosing when and if to have children is not just a matter of freedom. Reproduction and birth control are pocketbook issues. 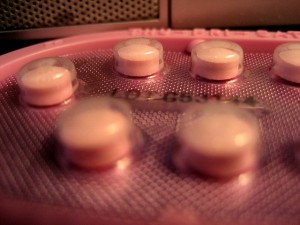 A raft of academic research confirms this. Harvard economists Claudia Goldin and Lawrence Katz have proven a direct link between the improvement of women’s economic status over the past half-century and college-aged women gaining legal access to the Pill. Before the Pill went on the market, just 6 percent of women earned college degrees, and fewer than 6 percent of graduate business, law, and medical degrees were earned by women. That changed, immediately and irrevocably, in the early 1970s. Women not only reached parity; they soon outnumbered men in higher education. In Goldin and Katz’s view, “a virtually fool-proof, easy to use, and female-controlled contraceptive having low health risks, little pain, and few annoyances does appear to have been important in promoting real change in the economic status of women.” Why? Because the Pill “lowered the cost of pursuing a career through its direct effect on the cost of having sex and its indirect effect of increasing the age at first marriage generally.”

Another recent study, a working paper for the National Bureau of Economic Research, shows that the Pill played a significant role in narrowing the gender wage gap. Women still on average make 23 percent less than men, but pre-Pill, that difference was much larger, closer to 40 percent. The study’s authors concluded that “the Pill can account for 10 percent of the convergence of the gender gap in the 1980s and 30 percent in the 1990s.”

The Economist magazine named the Pill the greatest science and technology advance of the 20th century. That wasn’t just hype. No society has ever provided the conditions for women’s economic advance without guaranteeing women the freedom to control their reproduction. With the survival of the Affordable Care Act’s contraception provision and Roe v. Wade hanging in the balance, 2012 will remain, for better or worse, the Year of the Vagina.