Will New Mexico Women Have to Contact Their Rapists in Order to Get Child Care? - Ms. Magazine
Skip to content 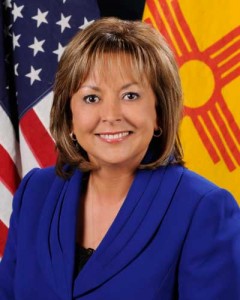 As of Wednesday, New Mexico’s Children, Youth and Families Department (CYFD) is considering a positive new amendment to its child-care assistance policy, which would exempt survivors of rape and incest from filing child-support claims against absent parents. Current policy dictates that all parents, if they want to receive state funds for child care, must file child-support claims against the other parent.

The amendment initially sparked outrage when it became known that the exemption would cover victims of “forcible rape” and incest. This would mean that anyone whose rape is not considered “forcible” (for example, anyone who is physically or mentally disabled, or who was unconscious or under the influence of drugs or alcohol at the time) would still be required to contact the absent parent. Additionally, it would burden women in New Mexico with having to prove that their assault matched the state’s definition of “forced.” If they could not do so, they would be required to contact their rapists for child support, in turn granting their abusers control over their lives again.

Advocates have worked for years to keep terms such as “forcible” and “legitimate” from being used to categorize sexual abuse. Following the Feminist Majority Foundation’s spring 2011 Rape is Rape campaign, in January 2012 the FBI updated the astonishingly limited definition for rape it had utilized since 1929: “the carnal knowledge of a female forcibly and against her will.” The definition has been expanded to include all possible forms of rape. However, the fact that the concept of “forcible rape” is still making headlines is worrisome, suggesting that officials are still attempting to normalize the phrase to categorize sexual-assault survivors.

Some were particularly disappointed that this policy was being supported by the nation’s first Latina governor, Susana Martinez. RH Reality Check reports this statement from the Strong Families organization in New Mexico:

The attempt to qualify differing levels of rape is especially egregious coming from the nation’s first Latina governor, a former tough prosecutor from southern New Mexico and a prominent speaker at the Republican national convention. Leaders want to emphasize that rape is rape, period.

After it was reported that this narrow definition of rape was written into a proposed state law, many began to fight it. Numerous women’s health advocate groups responded rapidly, expressing disappointment and disapproval and holding a press conference on Sept. 20. Later that day, Gov. Martinez asked that her administration remove the phrase “forcible rape” from the amendment, stating that the words are redundant because “rape is a forcible sexual crime against an individual” and “[forcible rape] is not a term the state chooses to use in any kind of documents.”

That was a victory. Still, in a country where some politicians seem to be looking for ways to downplay violence against women, the amendment’s original language is troubling. In 2011, vice presidential candidate Paul Ryan joined Rep. Todd Akin and 171 others in co-sponsoring the No Taxpayer Funding for Abortion Act, which initially included an amendment that would grant exceptions in cases of “forcible rape.”  In March 2012, Gov. Martinez herself used the phrase “forcible rape” when declaring April to be New Mexico’s Sexual Assault Awareness month. And let’s not forget Senate candidate Todd Akin’s comments from August 2012 that “legitimate rape” rarely causes pregnancy.

Though Gov. Martinez’s turnabout is heartening, we’re reminded that there’s plenty of work ahead to ensure that  the FBI’s former definition of rape remains a thing of the past, and that all rapes are given the concern they deserve.

It remains unclear whether victims of rape or incest will be required to contact their abuser in order to receive child-care assistance from New Mexico. A public hearing regarding the new amendment is scheduled for October 1.