"The Mindy Project"-Comedy and Contradiction - Ms. Magazine
Skip to content 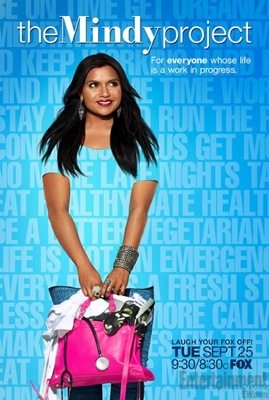 Watch it while you can: Mindy Kaling’s The Mindy Project, which premiered last week to mixed reviews, may or may not have a long life. Most of Kaling’s hardcore fans watched it online before it was on TV, so it probably has more devoted viewers than the disappointing ratings it received suggest. But FOX clearly scheduled the show directly in between two new episodes of its hit series The New Girl, hoping for more viewers than it managed to snag.

Call me a skeptic, but what are the chances of a sit-com that represents the many and often contradictory layers of contemporary American womanhood becoming a big success? For many, a character who is at once invested in doing good, succeeding in her career, finding a partner and having sex creates too much cognitive dissonance to resolve.

Mindy Lahiri, the central character, is an ob-gyn in private practice who wants to make money and yet can’t say no to a patient in need. She also likes sleeping with men to whom she is attracted regardless of whether they are capable of having a relationship, while she loves romantic comedies and is determined to find her “one.”

The Huffington Post‘s Maureen Ryan misunderstands the premise, calling it “muddled” and “not cogent,” and she deems the central character “off-putting.” It is indeed hard to reconcile the notion that a woman might be willing to help patients without insurance, focus on earning money, look for a romantic partner and be able to enjoy sex with attractive men, yet in the course of 22 minutes Mindy manages to do all of those things. In fact, it is her being pulled in so many directions that makes for the show’s best comedy.

That may be because these are exactly the kinds of contradictions most women live with every day. Look around you: How many women do you know who engage in nonprofit or volunteer work while devoting themselves to careers in which they hold positions of power and are well paid, and meanwhile love sex and hope to find someone with whom to share a committed relationship? My guess is, quite a few.

So get them to watch The Mindy Project. They will probably enjoy it, and they could give this historic sit-com–the first to be written by and starring an Indian American–legs.

The Mindy Project is on FOX Tuesdays at 8:30 pm.