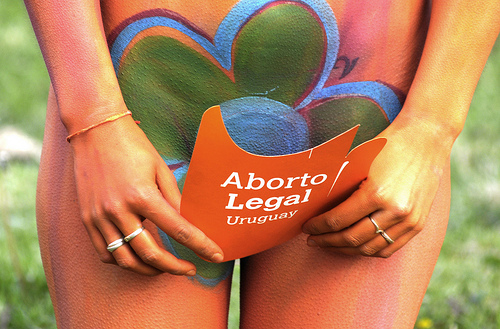 Uruguay became the second Latin American nation to vote to legalize abortion, thanks to a very narrow 50 to 49 vote in its Chamber of Deputies. All it needs is passage by the country’s Senate–which approved a previous version of the bill last December–and the president’s approval to become law. President Jose Mujica has said he will sign off on it.

This is a huge step for a country where the procedure has been outlawed–women getting abortions and those assisting them have faced prison–and will do much towards saving women’s lives. Nearly 30 percent of maternal deaths in Uruguay are caused by unsafe abortions, which is more than double the global percentage.

Unfortunately, the new law comes with cumbersome restrictions and red tape. Not only can women only terminate their pregnancies within the first 12 weeks, but they have to justify their abortions to a three-person panel comprised of a doctor, a social worker and a mental health professional. (Because if you’re trying to terminate a pregnancy, you must be insane, right?) After explaining their decision to the panel, women must wait another five days “to reflect” on their choice. The new law does allow abortions up to 14 weeks in cases of rape and incest, and later abortions if the mother’s life is in danger or in case of an extreme deformity in the fetus.