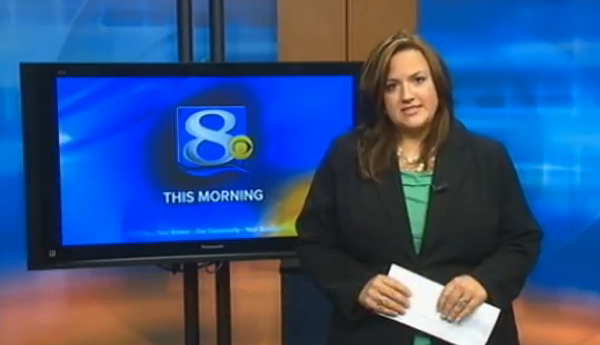 Considering this video has gone viral since it was posted this week, with more than five million views on YouTube, you may have already seen it. In case you haven’t, Jennifer Livingston, a local CBS anchor in Wisconsin, received this email from a man, headed “Community Responsibility”:

It’s unusual that I see your morning show, but I did so for a very short time today. I was surprised indeed to witness that your physical condition hasn’t improved for many years. Surely you don’t consider yourself a suitable example for this community’s young people, girls in particular. Obesity is one of the worst choices a person can make and one of the most dangerous habits to maintain. I leave you this note hoping that you’ll reconsider your responsibility as a local public personality to present and promote a healthy lifestyle.

This incredibly patronizing insult, disguised as legitimate concern for “promoting a healthy lifestyle,” is one of the most venomous forms of bullying. The viewer was trying to shame Livingston with his veneered words, no matter how “nicely” he tried to frame his revulsion. The whole undertone of the message was, “You’re too fat to be on TV, and seeing you on my news program makes me uncomfortable.”

In addition to it being Breast Cancer Awareness Month, October is also National Anti-Bullying Month. With the rise of cyber-bullying, the web has become the new playground where tormentors troll, and this is just one example of how cruel people can be when they have a computer screen to hide behind. The man who wrote Livingston was unaffected by her emotional response, and even released a public statement sticking to his tactless comments.

Livingston, who said she’s used to attacks about her appearance, had planned to just brush the email off and forget about it. But when her husband posted it on Facebook and it led to an impressive flood of support for his wife, she decided to address it on-air.

The truth is: I am overweight. You could call me fat. And yes, even obese, on a doctor’s chart. But to the person who wrote me that letter: Do you think I don’t know that? That your cruel words are pointing out something that I don’t see? You don’t know me. You are not a friend of mine. You are not a part of my family and you have admitted that you don’t watch the show. So you know nothing about me but what you see on the outside. And I am much more than a number on a scale.

Just because Livingston has a career that puts her in the public eye, doesn’t mean she has a “community responsibility” to be an ideal weight that makes others happy. She’s a successful, sharp professional woman who may have accomplished much more in life than the man who took the time to write the misogynist, bullying email.

Maybe that’s why he felt the need to take her down a peg. Whatever his motivation was, if she wasn’t a highly visible woman he wouldn’t have felt it was his place to remind her that she fell outside of the standards society sets for women.

People are quick to make assumptions about heavier people – assumptions about their health, eating and exercise habits. But weight does not always correlate to health. As The Fat Nutritionist blogged in response to the video,

Healthy people come in all shapes and sizes. Health is not a fixed, one-dimensional commodity. … Telling fat people that they are bad examples for daring to have jobs and exist in public spaces is eliminationist rhetoric–it suggests that fat people have no place in this world, that they need to just go away, hide at home with the lights off and starve themselves until they are fit to be seen in public again. … Our bodies and the status of our health are not public property.

According to the anchor’s tweets, she has now been invited to appear on next Tuesday’s episode of Ellen to discuss bullying. Livingston has handled a condescending, abusive attack with dignity and eloquence. As she said at the end of her segment,

We are better than the bullies that try to take us down. The cruel words of one are nothing compared to the shouts of many.