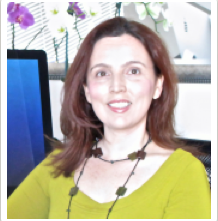 Dressing like a girl does not have to solely entail wearing loud shades of pink and excessive glitter, and toys for girls should not be limited to sexualized dolls with pouty lips, unrealistic proportions and scanty clothing. Unfortunately, due to the messages marketing and media are sending, too many girls do not realize this. Because clothing and toys overtly marketed toward girls often emphasize physical beauty, girls are too often trapped into thinking that their self-worth is reliant upon their attractiveness. This has long been a significant problem, as these trends contribute to body hate and eating disorders as well as encourage girls to stay away from leadership, sports and areas of study in math and the sciences.

Enter Inês Almeida. This past April, Almeida left her job with a large IT consulting firm to focus  on making the world a better place for young girls. She began developing TowardTheStars, an online marketplace offering respite from the overt commercialization and sexualization of girlhood. Think of it as a feminist Etsy.

On October 11, the first ever International Day of the Girl, Almeida announced her project’s official launch. Self-described as a safe-haven from “toxic gender stereotypes that dominate the marketing, media and products targeted to children and young adults,” TowardTheStars features gender neutral and environmentally friendly gifts and clothing for girls of all ages. Among the items currently for sale are T-shirts with empowering slogans (such as “Smart and Witty Beats Fake and Pretty“), all-natural cleansers and moisturizers and a very cool autumn owl costume.

In less than two weeks, TowardTheStars has already compiled hundreds of online shops and products from entrepreneurs, artists, craftspeople and activists who believe they can sell goods to girls while breaking down antiquated and damaging gender stereotypes. Just don’t try to push anything “sexy, sassy or saucy” on the site–on TowardTheStars, that won’t fly.

Screenshot of Inês Almeida via TowardTheStars.

Creating Cultures of Consent: Teaching and Modeling Consent for the Next Generation