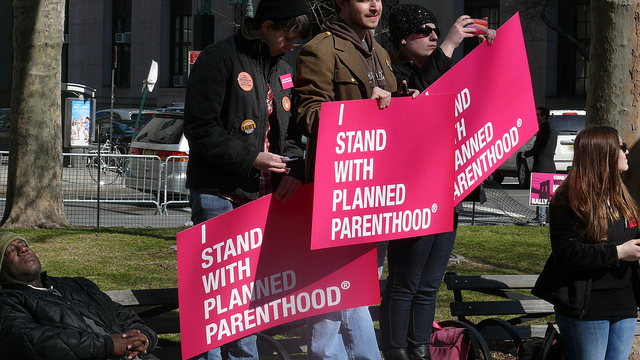 As of Tuesday, the state of Indiana cannot cut Medicaid funding from the the local Planned Parenthood affiliate.

The Seventh Circuit Court of Appeals upheld a June 2011 injunction which blocked a law intended to restrict Planned Parenthood of Indiana from accessing the state’s Medicaid program. The law, initiated by Governor Mitch Daniels, was intended to prohibit any agency that performs abortions from accessing state funding, and would have made Indiana the first state to defund Planned Parenthood. The Circuit Court deemed the law unconstitutional, with U.S. Circuit Judge Diane Sykes writing,

The defunding law excludes Planned Parenthood from Medicaid for a reason unrelated to its fitness to provide medical services, violating its patients’ statutory right to obtain medical care from the qualified provider of their choice.

The decision means that thousands of Indiana residents will be able to seek needed medical care. Planned Parenthood of Indiana receives about $3 million a year in federal funding and serves about 22,000 low-income patients using Titles X, V and XX as well as Medicaid funds. (The Hyde amendment already prohibits the use of federal funding for abortions, so that money can only be used for other services Planned Parenthood offers.)

Indiana now joins Arizona–which recently blocked HB 2800–among states that have overruled legislation attempting to defund Planned Parenthood. With defunding efforts being undertaken nationwide by lawmakers who do not see anything wrong with telling citizens who they can and cannot see for healthcare, legal victories like this are crucial. Hopefully, similar rulings will be made in the remaining states where Planned Parenthood funding is threatened.