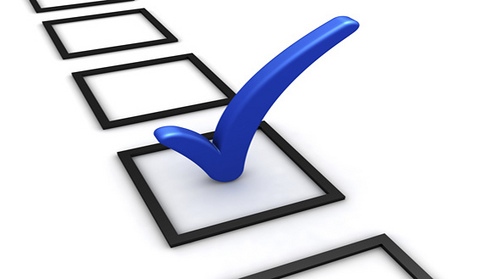 A headline on the Los Angeles Times‘ front page yesterday read, “Young Voters Fire Has Waned.” And boy, did they have facts to back that up: Well, at least they had Luke DeGregori, a 19-year-old University of Colorado student who the author called “typical”–even though he wasn’t even old enough to vote in the last presidential election. Nonetheless, young Luke only “kind of” supports Obama, but not with the sort of “enthusiasm” he remembers surrounding the president’s first campaign for president.

And then there’s 20-year-old Jeffrey Johnston, from an unidentified college, who doesn’t even know what party he’s registered under, but he “hasn’t seen as much hope and change as I would have liked” so he’s going to vote for Mitt Romney.

Social science at its finest? More like mainstream journalism at its sketchiest. There’s nothing that the press loves as much as a good ol’ horse race, and if they run out of racing news it’s time to scare the ponies, er, the voters with all sorts of gloom-and-doom scenarios.

How about some legit polling instead? According to a new poll (ironically titled “Young Voters and the Horserace”) released Monday from the Center for Information and Research on Civic Learning & Engagement (CIRCLE), the intention of young voters to go to the polls has risen strongly in the past three months. Among those “extremely likely” to vote the percentage has jumped nearly 10 percent, from 44.7 percent to 54.6 percent, since June/July. Adding in those who are also “very” likely to vote takes the number of high-potential voters to 67.3 percent. And just taking into account young folks who are paying attention to the election, their percentage has risen from 56.1 percent to 71 percent.

Does that sound like a lack of enthusiasm? As the survey report itself noted,

While the dominant narrative is that youth are ‘unengaged’ or ‘apathetic,’ 72.6 percent of respondents believe that, as a group, young people have the power to change things in this country.

Yes you do! There are 46 million “millenials,” ages 18-29, eligible to vote in this election (compared to 39 million seniors). You have the power to elect a president and make your voice heard about which issues are critical to your lives!

The CIRCLE poll shows that, among likely millenial voters, 52.1 percent reported that they’d vote for Obama vs. 35.1 percent for Romney–up 7.5 percent for the president and down 1.8 percent for the challenger since the July poll. Still undecided are 8.8 percent of young voters, and 4 percent say they’ll vote for “someone else.”

When the media puts out stories about voters lacking enthusiasm, the result can be an actual dampening of voting motivation. (Nobody else cares; why should I?) Indeed, it can be a campaign strategy of those who think the youth vote will go against their candidate.

So don’t be a pawn of someone else’s strategy. What happens in this election will directly affect young women and men–whether it’s their access to reproductive and other health care, their sense that the economy will treat them fairly, their hopes for marriage equality and the DREAM Act and their ability to be supported in their educational and career goals.

Don’t believe the negative hype: Get thee to the polls on Tuesday and make your voices heard!!

Image from Flickr user League of Women Voters of California under license from Creative Commons 2.0