These Women Did the Heavy Lifting: All You Have to Do Is Vote! - Ms. Magazine
Skip to content

Remember last election when you got to the polling place and were turned away because you were a woman?

Of course, you don’t–thanks to the ceaseless work of suffragists for the 70-plus years before passage of the 19th Amendment! There are so many reasons to vote tomorrow, but one that tends to be overlooked is that casting your ballot pays homage to the women before us who cut a path to the polling booth so we wouldn’t have to. Women have only been able to vote in the United States for just over 90 years, and suffrage is a right we should never take for granted!

Here are some photos and cartoons illustrating the great struggle for the votes women will be casting tomorrow! 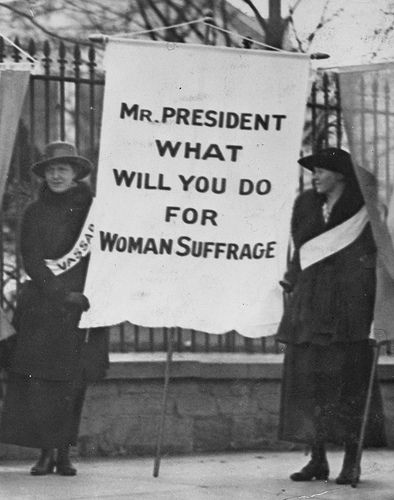 A group of Vassar women picket in front of the White House for suffrage rights in 1917. 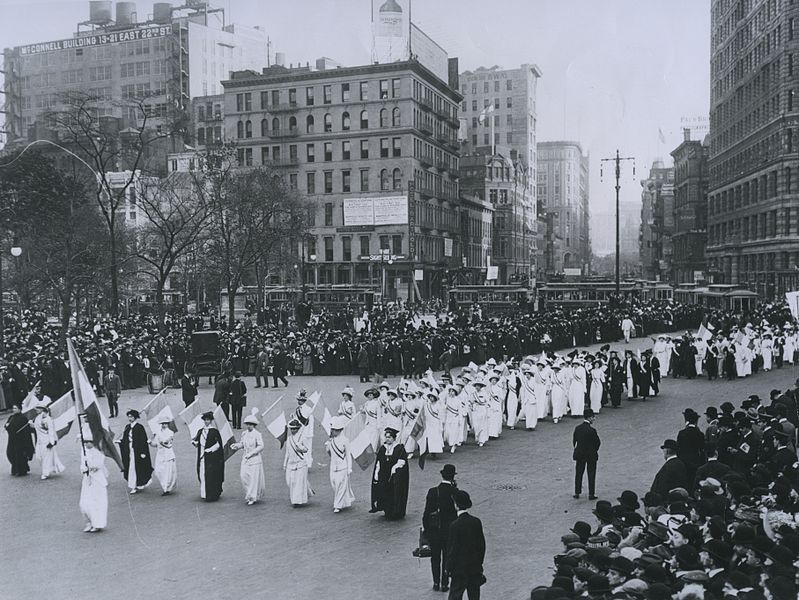 Women in New York City march during a suffrage parade in 1912. 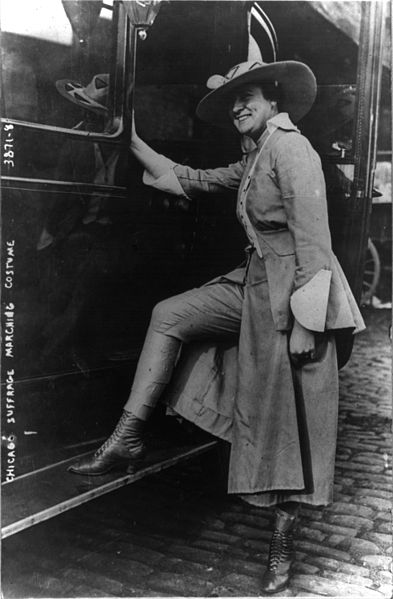 Back when masculine wear on women was considered scandalous, a woman wears trousers during a 1916 suffrage parade in Chicago. 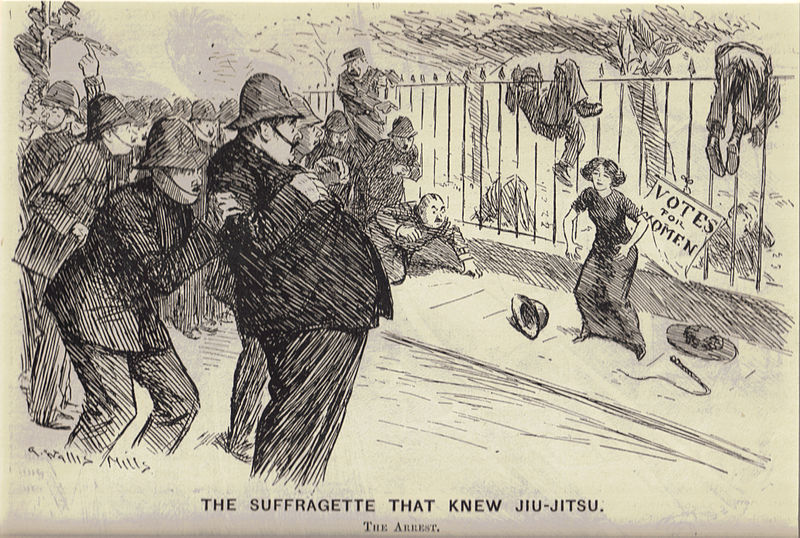 This editorial cartoon ran in a 1910 issue of Punch magazine. 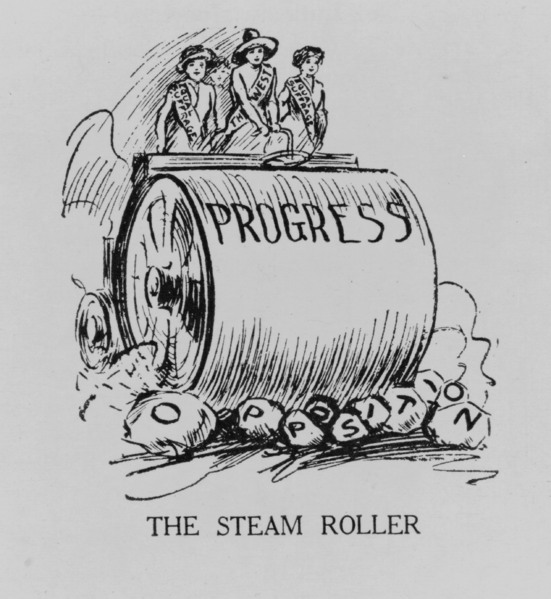 Another political cartoon from 1917 depicting suffragists on a steamroller crushing the opposition. 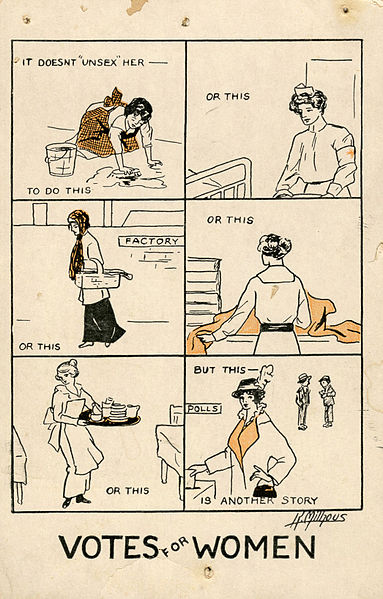 This 1915 pro-suffrage postcard by Katherine Millhous shows how ridiculous the arguments that voting would “masculinize” women were.