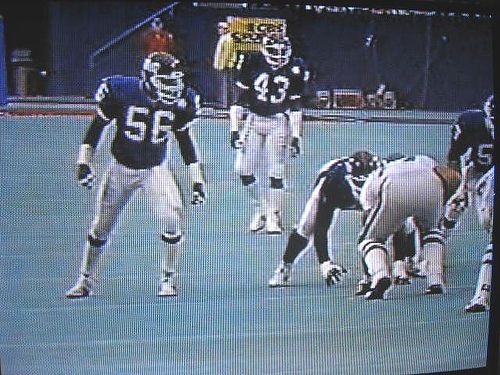 Never mind that Cristina Fierro was 16 years old. Never mind that she had been beaten by her trafficker, with fresh marks on her face, and was in a state of panic. Football Hall of Famer Lawrence Taylor paid $300 to have sex with the teen in 2010, then twirled the used condom over his head like a lasso.

Fierro’s trafficker got seven years in prison. Taylor got a slap on the wrist: probation in the criminal case against him, and now found not liable in the civil case verdict a month ago. (This was the first civil lawsuit to bring charges against a buyer of commercial sex from a child under the federal Trafficking Victims Protection Act, which defines any minor who is induced into the sex trade as a sex-trafficking victim.)

The jury in the civil case ruled the sex consensual, even though Fierro was a minor and ignorance of age is not a defense against statutory rape in New York. Beyond meeting the conditions for statutory rape, Fierro says she tried to stop Taylor from having sex with her because it hurt. “I kept telling him I didn’t want to be there,” she said. “He’s much bigger than me. I couldn’t do anything.”  According to Taylor, though, Fierro “didn’t seem to have a problem” and “didn’t tell me to stop.”

The experience left Fierro suicidal and in need of medication for anxiety and depression.

Human trafficking expert Dottie Laster wasn’t surprised by the verdict. She noted the contradiction between the jury feeling sorry for the victim, but believing a middle-aged man’s word over the testimony of a crying teen:

We live in a world where a child is blamed for her own commercial rape–where money excuses everything.

Photo of Lawrence Taylor (#56) by Flickr user jacorbett70 under license from Creative Commons 2.0