We Heart the Sundance Film Festival-Where Women Hold Up Half the Screen - Ms. Magazine
Skip to content 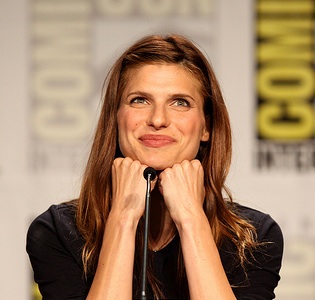 In what’s being called a first, one-half of the 16 dramatic films chosen for competition at the prestigious 2013 Sundance Film Festival this coming January in Park City, Utah, are directed by women. In comparison, only three women-helmed dramas were selected for the 2012 fest.

And to get a larger picture of how limited directorial opportunities are for women, just five percent of the 250 top-grossing movies last year were women-directed, according to San Diego State University’s Center for the Study of Women in Television and Film.

The films directed by women are:

Afternoon Delight  (Director and screenwriter: Jill Soloway) A “sexy, dark comedy” in which “a lost L.A. housewife puts her idyllic hipster life in jeopardy when she tries to rescue a stripper by taking her in as a live-in nanny.” The cast includes Jane Lynch.

Austenland  (Director: Jerusha Hess, Screenwriters: Jerusha Hess, Shannon Hale) “Thirtysomething, single Jane is obsessed with Mr. Darcy, as played by Colin Firth in Pride and Prejudice. On a trip to an English resort, her fantasies of meeting the perfect Regency-era gentleman become more real than she ever imagined.” Cast includes Keri Russell and Jennifer Coolidge.

Concussion (Director and screenwriter: Stacie Passon) “After a blow to the head, Abby decides she can’t do it anymore. Her life just can’t be only about the house, the kids and the wife.” Cast includes Robin Weigert.

Emanuel and the Truth About Fishes  (Director and screenwriter: Francesca Gregorini) “Emanuel, a troubled girl, becomes preoccupied with her mysterious, new neighbor, who bears a striking resemblance to her dead mother.” Cast includes Jessica Biel.

In a World …  (Director and screenwriter: Lake Bell) “An underachieving vocal coach is motivated by her father, the king of movie-trailer voiceovers, to pursue her aspirations of becoming a voiceover star.” Cast includes director Bell.

The Lifeguard (Director and screenwriter: Liz W. Garcia) “A former valedictorian quits her reporter job in New York and returns to the place she last felt happy: her childhood home in Connecticut. She gets work as a lifeguard and starts a dangerous relationship with a troubled teenager.” Cast includes Kristen Bell, Mamie Gummer, Amy Madigan.

May in the Summer (Director and screenwriter: Cherien Dabis)  “A bride-to-be is forced to reevaluate her life when she reunites with her family in Jordan and finds herself confronted with the aftermath of her parents’ divorce.” Cast includes director Dabis.

Touchy Feely  (Director and screenwriter: Lynn Shelton) “A massage therapist is unable to do her job when stricken with a mysterious and sudden aversion to bodily contact.” Cast includes Rosemarie DeWitt, Allison Janney, Ellen Page.

In the Sundance documentary competition, women are directors or co-directors of half the films as well–but that’s not so surprising, as women are much better represented in the doc world. Given our politics at the Ms. Blog, we’re particularly curious about 99% – The Occupy Wall Street Collaborative Film (directed by Audrey Ewell, Aaron Aites, Lucian Read, and Nina Kristic) and After Tiller directed by Martha Shane and Lana Wilson, which follows four U.S. doctors who still provide late-term abortions since the assassination of Dr. George Tiller in 2009.

Although they don’t reach the 50 percent mark, women directors are also well represented in the World Cinema categories at Sundance, including dramas by Chile’s Alicia Scherson (The Future) and Indonesia’s Mouly Surya (What They Don’t Talk About When They Talk About Love) and docs by Cambodia’s Kalyanee Mam (A River Changes Course), Britain’s Kim Longinotto (Salma), Egyptian American Jehane Noujaim ( The Square/El Midan) and Georgia’s Tinatin Gurchiani (The Machine Which Makes Everything Disappear)

Any of you planning on going to Sundance this year?