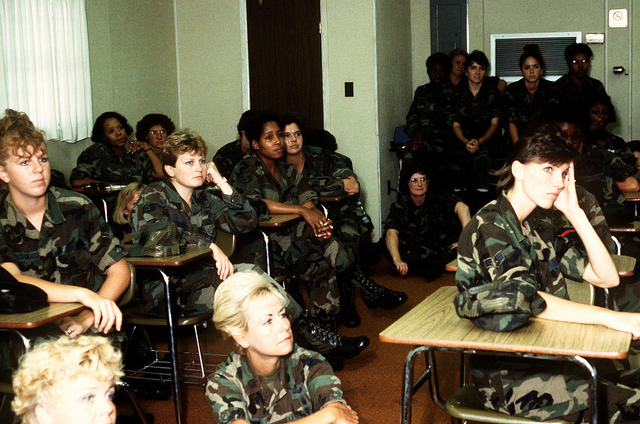 On Tuesday, the U.S. Senate voted unanimously to extend abortion insurance coverage for rape or incest victims in the military. This amendment to the 2013 National Defense Authorization Act (NDAA), first introduced by Sen. Jeanne Shaheen (D-NH) last year, would mean that service women no longer have to pay out of pocket to terminate those pregnancies. The amendment additionally authorizes the Department of Defense to perform abortions on military grounds.

Should the House of Representatives decide to include the measure in its own version of the NDAA, it would provide some relief to rape victims in a military with a disgraceful history of sexual abuse. The U.S. Department of Labor reports that one in three military women has been sexually assaulted, compared with one in six civilian women. Of those victims who were raped and became pregnant, many were unable to afford appropriate medical care thanks to a law barring the Department of Defense Military Health System from covering abortion procedures.

Take Army veteran Ayana Harrell’s story: In 2001, she was drugged and gang-raped by fellow soldiers and Marines at a training base in Huntsville, Ala. By the time she reported the incident to her drill sergeant (who failed to help her), she had discovered she was pregnant. She made an appointment at a Huntsville abortion clinic but was forced to back out when she realized the procedure would cost hundreds of dollars. Had Harrell been employed by the government (other than the military), covered by Medicaid or Medicare or even incarcerated in a federal prison, her insurance would have covered her abortion. But because she was a service member, she was required to literally pay the price, in more ways than one.

It was this sort of blatant inequality that inspired Sen. Shaheen to instigate the amendment. Regardless of one’s opinion on abortion, military women should be given the same access to health care coverage as are civilians, she says:

It’s simply unfair that we’ve singled out the women who are putting their lives on the line in the military. We have women starting out making $18,000 a year, and they just are not able to deal with this situation on the private side when it happens to them.

Whether or not the amendment will make it onto the final version of NDAA is up to a bipartisan conference committee, which includes ranking member Sen. John McCain (R-Ariz.), House Armed Services Committee ranking member Rep. Adam Smith (D-Wash.), House Armed Services Chairman Buck McKeon (R-Calif.) and Senate Armed Services Chairman Carl Levin (D-Mich.), among others. So far, so good: McCain, Smith and Levin all publicly support the bill, and McKeon has not voiced his opinion one way or the other. Hopefully, and soon, service women will not be denied full health care coverage by the country they risk their lives to serve.