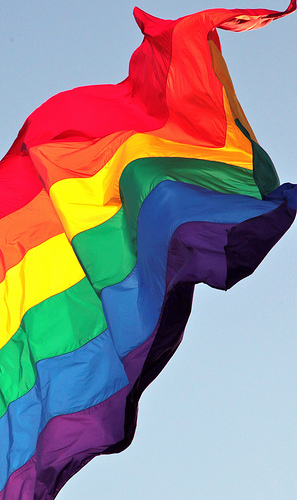 The Supreme Court announced this afternoon that it will consider both Hollingsworth v. Perry (the case involving California’s same-sex marriage initiative, Proposition 8), and Windsor v. United States, which involves the constitutionality of the Defense of Marriage Act (DOMA)

According to the SCOTUS Blog (the prime source for this post) the case  arguments will likely be heard March 25-27, with a decision likely around June 27.

As the SCOTUS Blog explained it, the court will consider both the merits of the Prop 8 case and whether or not proponents of Prop 8 who brought the case to the Supreme Court even had the right to argue the case. The court could dismiss it on the latter technicality and not have to deal with the merits.

Similarly, in the DOMA case, the court said it would consider its Section 3 (which defines marriage as being only between a man and a woman) on constitutional merits–eight federal courts have already found it unconstitutional!–but also look at whether the House-Republican-led fight to save DOMA had the standing to do so. Wrote Lyle on the SCOTUS Blog’s live feed,

The Court, one might say in summary, has agreed to take up virtually all of the key issues about same-sex marriage, but has given itself a way to avoid final decisions on the merits issues.

There are mixed feelings about the Supreme Court justices taking on the Prop 8 case because, if they had refused it, then Judge Vaughn Walker’s U.S. district court ruling that found the 2008 California initiative banning same-sex marriage as unconstitutional would have stood, and same-sex couples could have married again in the state. Even attorney David Boies, who argued the Perry case alongside conservative counterpart Ted Olsen, was of two minds about today’s news. He told reporters,

On the one hand, we all want our clients and the citizens of California to have marriage equality immediately. On the other hand, this is an ideal case for the Supreme Court to decide this critical civil rights issue.

More to come on this from the Ms. Blog on Monday.