What's Next for Violence Against Women Act? - Ms. Magazine
Skip to content

For the first time since its inception in 1994, the Violence Against Women Act no longer exists. House Republicans of the 112th Congress failed to renew the legislation, which is credited with saving hundreds of thousands of lives by providing important protections for victims of abuse and designating millions of dollars for battered women’s shelters, abuse prevention programs and law enforcement. The Senate approved an updated version of the legislation in April.

Had it been renewed, this new version of the Violence Against Women Act (VAWA) would have provided life-saving policies for women on tribal reservations, who were unfairly left out of previous versions of the law. It also contained altered, nondiscriminatory language that made the act apply to members of the LGBTQ community. The bill additionally contained important protections for undocumented immigrant women, who are too often afraid of being deported to report abuse.

Apparently, extending VAWA to these groups was too much for House Republicans, who instead passed a watered-down version of the Senate bill. According to Sen. Patty Murray (D-Wash.),

For the leadership in the House of Representatives, passing a bill with life-saving protections to these new communities of women was simply not politically acceptable. So just weeks after the Senate passed our bill, in a purely ideological move, House Republicans passed a bill that specifically stripped the new protections for immigrants, the LGBT community and tribal women, and even removed protections that exist under current law.

Surely no police officer should ever have to ask the sexual orientation or immigration status of a woman who lies bruised and battered at the scene of a crime. Yet, the House bill drew those lines.

With no compromise between the two bills, and no House vote on the Senate bill, VAWA has simply expired.

So what’s next? CNN writes that supporters of the law hope to revive it in a new Congress. House Minority Leader Nancy Pelosi (D-Calif.) noted that passing VAWA is an early priority for the 113th Congress, which convened last Thursday. Hopefully this time around it will succeed in passing through the House. As Murray emphatically states:

Every moment the House continues to delay is another moment vulnerable women are left without protections they deserve. In the next Congress one of our absolute first priorities must be passing an inclusive and bipartisan bill to extend protections to the millions of new women included in the Senate bill. As a nation we cannot accept further discrimination or delay from House Republican leaders. 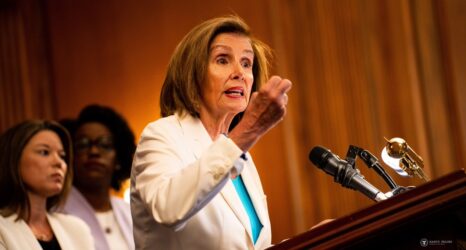