While Holiday Shopping, Think of the Retail Workers - Ms. Magazine
Skip to content

The holiday season is upon us. It’s a time of giving, a time of celebration, a time to spend with your family, and a time of pounding the pavement and fighting the crowds looking for the perfect gift. But while you’re doing your shopping this year, have you thought much about the person behind the counter?

Retail workers made headlines in November when several major retailers decided to open on Thanksgiving Day, forcing employees to give up the holidays with their families. It was a glimpse into the world of retail work schedules. Most retail workers cannot depend on steady hours (or a steady paycheck) from week to week. They often don’t know their schedule until the very last minute. Many are sent home from work without pay when demand is low.

Put yourselves in their shoes. One week you may be scheduled for 40 hours. The next week that may drop to 15 hours. You might not know your schedule until 2 or 3 days in advance. Sometimes, after shuttling your kids to (and paying for) daycare, you may get to work only to have a shift manager send you home, without pay. Your scheduled hours may vary wildly. One week you might work days; the next week it could be evenings, or even nights. You may be asked to be “on call,” meaning that every day you have to call in to your job to find out if you work that day or not, and be prepared to go in at a moment’s notice.

Because your pay is so low and unpredictable, you may need more than one job to pay the bills, but because of all of this scheduling uncertainty, coordinating two work schedules may prove impossible. Going back to school so you can get a better job is not an option, because your work schedule is so erratic that you could never plan around your classes.

And it’s not just retail workers who find themselves in this situation. This scenario plays itself out in many low-paid, female-dominated occupations—it’s a fact of life for restaurant servers, fast-food workers, nursing assistants, child care givers, housekeepers and others. These workers can never rely on a budget, and some weeks or months they may work so little that they have trouble paying for rent, food, utilities and other necessary expenses.

Costco makes an interesting case study. A giant in the bulk goods industry, Costco guarantees its part-time workers at least 24 hours per week, pays them at a higher rate than competitor Sam’s Club and offers better benefits. Despite these policies—or more likely because of them—Costco enjoys lower turnover costs and higher stock prices than Sam’s Club. Trader Joe’s and QuickTrip are two other highly successful retail chains that provide better scheduling practices than many of their competitors.

We need more low-wage employers to follow in the footsteps of Costco, Trader Joe’s and QuickTrip, so Women Employed is partnering with the Center for Law and Social Policy (CLASP) and the Retail Action Project (RAP) to work on policy solutions that will help low-paid workers enjoy stable schedules and predictable paychecks. Stay tuned for a policy brief to be released early in 2014.

But you can do your part, too. As you shop during this holiday season—and beyond—show your support for retailers that practice good scheduling practices. You can also write to your legislators or your local newspaper about the problem. By raising awareness, you can make a difference for low-wage women.

Don’t miss the latest issue of Ms. magazine and our cover story on fast-food workers who are fighting for a higher minimum wage. 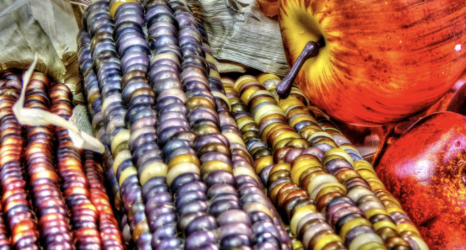 Where Are the Voices of Indigenous Peoples in the Thanksgiving Story?

How to Have an Immigration Conversation During the Holidays That’s Unifying, Not Polarizing