Women passengers in Vancouver are voicing outrage this week over a sexual assault awareness campaign recently launched by the city’s transit police. The initiative urges victims of assault to report crimes using a new text messaging service, but instead of offering support to survivors, the campaign blames the victim.

Update: TransLink, the organization that oversees the Vancouver Transit Police, has responded to your complaints! They announced Tuesday that the victim-blaming posters will be taken down over the next three days. A new campaign, featuring language approved by a community council that includes women’s rights groups, will run in the coming weeks. Ms. readers get results! (Original story continues below).

If it doesn’t feel right, then it’s wrong. Not reporting sexual assault is the real shame.

In the U.S., more than 60 percent of sexual assaults go unreported—the numbers are even more dismal in Canada— often because victims lack trust in the criminal justice system. Sending the message that not reporting the assault is worse than actually being assaulted is not going to help raise survivors’ confidence.

Sexual assault is a growing problem on Vancouver buses and trains. From January to April, there were 49 reported assaults, up from 40 the previous year during the same period. Last year, two riders who regularly experienced sexual harassment on transit took matters into their own hands and launched “Harassment on TransLink“—a blog not unlike Hollaback!—where women can share their stories of assault.

I’ve had men offer to let me suck their dicks, I’ve had men behind me start playing with my hair, I’ve had men touch my knitting and make comments on what a good wife I’ll be one day.

While we commend the Vancouver transit police for providing a number where riders can easily make assault reports, we really think they should reconsider their language. We highly doubt that blaming victims will make them more likely to come forward. Instead, we’d recommend a “Bringing in the Bystander“-type program that encourages riders to step in when they see others being harassed, or a campaign like this one by the Vancouver Police Department that makes clear what is—and isn’t—consent. 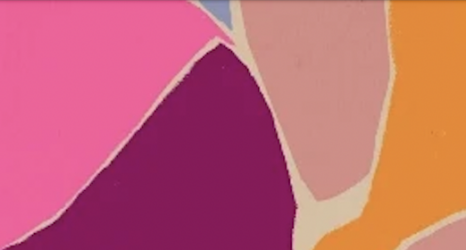 Motherhood as Unexpected: Stories That Defy the Mold of Being a Mother

The Political Religions That Brought Down Roe
Reimagining the Gendered Workplace Post-COVID: It’s Time for a Redo
Demystifying Cybersecurity: Author Zinet Kemal Is Paving the Way for Young Immigrant Women in Cyber